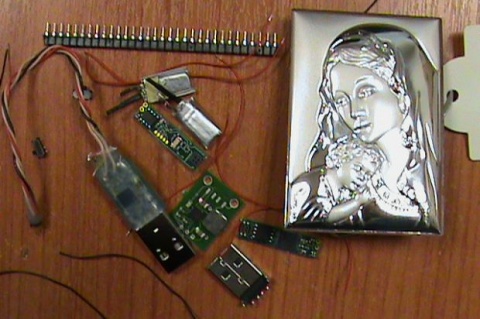 Bulgarian customs officers have captured 3 ATM skimming devices tucked under an icon in a U.S.-bound shipment. Photo by darik news

Three ATM skimming devices hidden behind an icon of the Mother of God were seized Monday by customs officers from the anti-drugs unit at Sofia Airport.

The express courier shipment was traveling from Bulgaria's southern city of Plovdiv to Virginia in the United States.

Both the sender and recipient of the package were Bulgarian citizens.

The Icon of the Mother of God Eleusa was declared as a metal souvenir worth USD 5.

During a customs check, the officers found the three bank-card skimmers tucked under the icon.

The sender was obviously relying on the metal to provide a cover-up for the ATM fraud equipment.