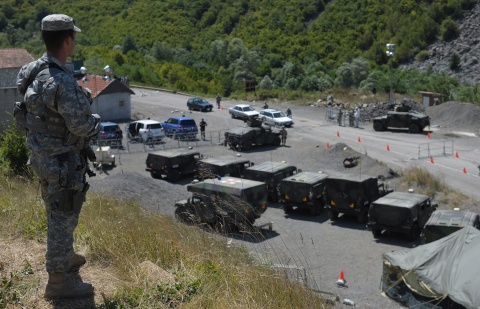 The EU is working on a plan to provide the Serbian minority in Northern Kosovo with an autonomy, unconfirmed reports in Albanian-language media in Prishtina claim.

The EU's plan is said to provide for allowing municipalities in Northern Kosovo to be financially independent from the ethnic Albanian Kosovo government in Prishtina by collecting directly part of the customs duties; the EU also intends to create a regional council for Northern Kosovo based on the Ahtisaari Plan, the Kosovo daily Koha Ditore reported Saturday, citing unnamed diplomatic sources.

Another Kosovo newspaper, Zeri, also cites anonymous sources as that Kosovo's northern regions will receive a certain form of autonomy.

The some 60 000 ethnic Serbs living in Northern Kosovo have not recognized the authority of the government in Prishtina ever since Kosovo declared independence in February 2008.

The end of July and early August saw violence reignited in Northern Kosovo after the Prishtina authorities attempted to take control of border crossings staffed by ethnic Serbs in order to enforce a ban on imports from Serbia, which led to an angry reaction by the Kosovo Serbs in spite of certain moderation from Belgrade.

Even though on August 5, Kosovo and Serbia reached a temporary deal to ease tensions in Kosovo's north and allow NATO to continue to guard two border posts, the Kosovo Serbs refused to accept a key part of the deal.

As Serbia and Kosovo started negotiations on technical matters last year under massive EU pressure, there have been various media reports suggesting various "solutions" such as the division of Kosovo along ethnic lines – a scenario that has been firmly rejected by Kosovo Prime Minister Hashim Thaci.