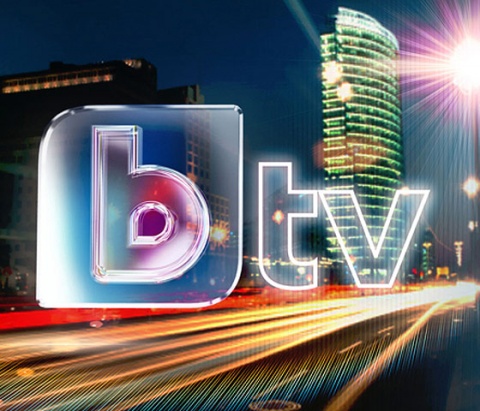 The cue of the new Bulgarian TV series "Seven Hours Difference" to be aired by bTV in the fall. Photo by bTV

The largest, privately-owned TV channel in Bulgaria bTV is launching in the fall a new series to be aired during prime time.

The family saga "Seven Hours Difference" is anticipated and expected to follow the success of another bTV hit series "Glass Home."

"Seven Hours Difference" is a tale of several Bulgarian families, marked by the conflict between generations, power and survival struggle, different value systems, love and hate. Some of the members of each family live in New York. The families are also divided by the Bulgarian and US underground, by successes and failures, dirty secrets and triumphs.

The characters include a judge, a young and non-corrupt prosecutor, an emblematic Bulgarian "businessman," a Russian mafia man, and the owner of a Bulgarian restaurant in New York.

As to be expected, a love affair that refuses to follow the rules will change everyone's life.

Bulgarian actress Vanya Tsvetkova, who was very famous in the 80s and the beginning of 90s before immigrating to the US, has returned to Bulgaria especially for the series where she will be featured as one of the main female characters.

"Seven Hours Difference" is a coproduction of bTV and Global Films. Popular Bulgarian TV personality, Magardich Halvadzhiyan, is its director while the script writers are also popular Lyuben Dilov Jr. and Milena Fuchedzhieva, who has spent many years in LA.