Bulgarian Yoghurt to Be Showcased on Japanese TV 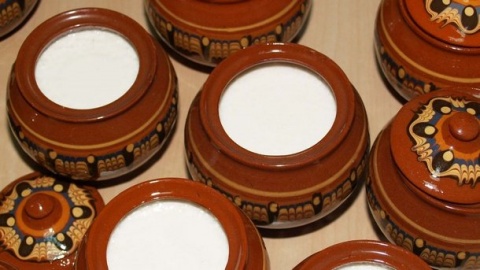 A Japanese TV crew is shooting a film in the Rhodope Mountains to tell about the famous Bulgarian yoghurt.

The film showcases the making of the yoghurt, which is very popular in Japan, from the milking of cows to serving the ecologically-clean product on the table.

The TV crew has chosen the mountain village of Arda and the nearby area as a set over it being not only environmentally clean, but with breathtaking scenery, and a place where some of the tastiest yoghurt in the world is made.

The film would further focuses on the significant number of people in the area living around 100 years and longer and eating yoghurt as part of their daily menu.

The film will be aired on Japanese TV.