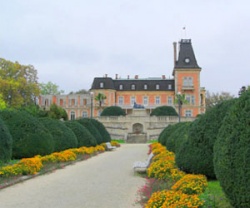 The Bulgarian Standart (Standard) daily further informs the couple has invited Prime Minister, Boyko Borisov, to become their best man, and he had accepted going as far as saying he might wear his tailcoat in a desire to be stylish and elegant for the event.

Standart reminds the PM had put a tailcoat only once so far – for a ball in Vienna.

The Maid of Honor will be the rising opera star, Valentina Korchakova, who is a close friend of the couple.

The event is going to be attended by Ministers, Members of the Parliament, diplomats and other foreign guests.

It was reported meanwhile that nearly the entire cabinet is in Evsinograd this first weekend of August for a casual work session.

The Ministers of Education and Management of EU Funds, Sergey Ignatov and Tomislav Donchev, both born on August 6, but not in the same year, have celebrated their birthdays along with Deputy PM and Finance Minister, Simeon Djankov, and new Transport Minister, Ivaylo Moskovski, who are born in July, but used the occasion to party with colleagues. The drinks have been provided by Evsinograd's own winery and distillery, which makes the famous Traminer and Cognac of Evsinograd.

Most of the Ministers are at the residence with their families and the other Deputy PM and Interior Minister, Tsvetan Tsvetanov, had even brought his newborn daughter Sofia.

Borisov, however, stressed the goal of the meeting is a discussion on finding ways for the more effective absorption of EU funds.

The "Evsinograd" castle is located near the Bulgarian Black Sea capital Varna.

Since 1891, the castle, named "Evsinograd", after the Greek name of the Black Sea - Euxenos pontos, and built in the French Louis XIII chateau style, has been the summer residence of the Bulgarian royal family. With the coming of the Communists into power, (1944), the castle was turned into an official State residence of the leaders of the Bulgarian Communist Party and the Communist Cabinet. Today it is still used as official State residence.

The vineyards around "Evsinograd" include 115 dekares of the European Traminer, Chardonnay and German Riesling variety as well as the local Misket of Vratsa and Red Misket.

In 2008, the cellar had made BGN 540,000 in profit from wine sales. The wine cellar dates from the same time as the castle itself. The classical cellar with above ground and underground sections specializes in white wines due to the climate specifics of the Black Sea region.