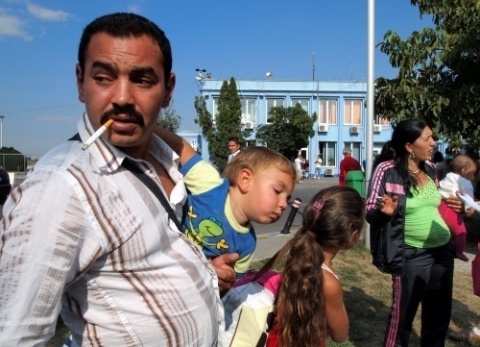 A picture dated 19 August 2010 of Romanian Gypsies arriving at Bucharest Airport, Romania, after having accepted voluntary repatriation from France. EPA/BGNES

The mayor of the French commune of La Madeleine has issued decrees written in Bulgarian and Romanian, forbidding begging and scavenging.

The information is much debated in French media, and the local officer stated he was expecting this, but wanted his job done.

According to reports, lately cases of begging and scavenging in the 23,000-thousand Lille suburb have significantly increased.

The mayor has attributed that occurrence to the recent setting up of a Roma camp in Lille.

"I received signals from residents about several clashes. What is more, here public hygiene and health are concerned, for scavengers spread trash on the streets," explained he.

The mayor stated he notified of his decree the mayor of Lille, as well as departmental authorities.

Since last summer, France has targeted Roma from Bulgaria and Romania as potential sources of crime, in some cases deporting them to their home countries.