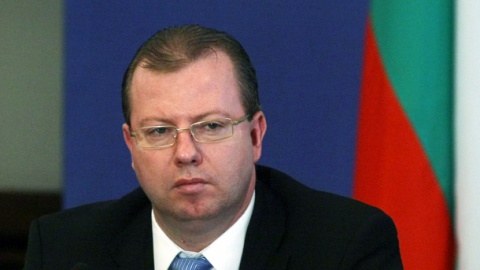 NRA head Krasimir Stefanov has revealed a 60-fold year-on-year increase in the number of millionaires in Bulgaria. Photo by BGNES

The number of millionaires in Bulgaria has skyrocketed over the past year, according to data provided by National Revenue Agency (NRA) head Krasimir Stefanov.

A total of 1673 Bulgarians have declared taxable incomes of over BGN 1 M for 2010, which constitutes a 60-fold year-on-year increase, Bulgarian daily 24 Hours has revealed.

22 of the wealthiest Bulgarians have reported incomes exceeding BGN 10 M.

Experts have attributed the millionaire boom to the fact that the economic downturn is likely to have forced many people to sell their business, subsequently declaring the proceeds as taxable income of natural persons.

In 2010, a total of 28 Bulgarians reported incomes of over BGN 1 M for the past year, compared to a total of 87 officially known millionaires for 2009.

The total income of the 30 richest Bulgarians for 2010 stands at BGN 447 M, with the highest income tax payable being BGN 20 M.

Each of the large taxpayers has a personal tax inspector to advise them, in line with a ruling of NRA head Krasimir Stefanov.