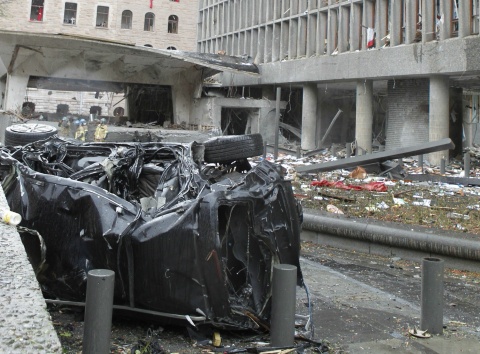 The remains of a car next to debris following a mass explosion in Oslo 22 July 2011. EPA/BGNES

The bomb attack in Norwegian capital Oslo and the gunman attack on a youth camp of the Labor Party on the island of Utoya 50 km away from Oslo are related, according to Norway's police.

Norway's police initially steered clear of linking the two incidents, with the confirmation that they believe the attacks are related coming Friday night.

At least 7 people have been killed in Friday afternoon's bomb attack in the Norwegian capital Oslo, according to information confirmed by the authorities.

Dozens of others have been injured, according to local media reports. A dozen have been accepted for treatment in the Oslo University Hospital.

Several people are reported to have been killed by a gunman who opened fire at a youth camp of the Labor Party on the island of Utoya 50 km away from Oslo after the capital was rattled by a bomb attack, according to reports. The gunman attack has resulted in several deaths, according to Norwegian TV2.