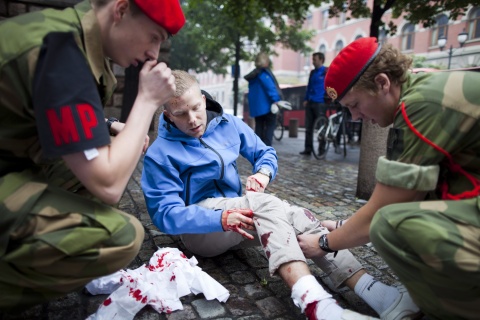 The Norwegian police have detained one man who is believed to have shot at a youth camp of the Labor Party on the island of Utoya 50 km away from Oslo after the capital was rattled by a bomb attack.

According to the Norwegian paper VG, the gunman was dressed as a policeman. It is unclear if the shooting incident is related to the blasts in the downtown government complex.