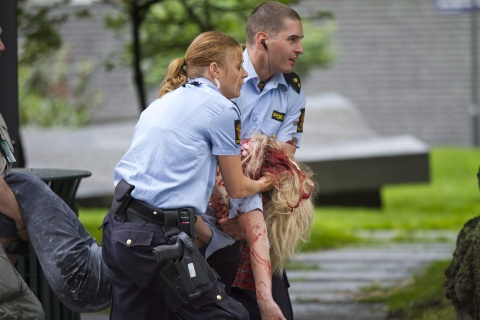 The Norwegian police authorities have staged an evacuation of central Oslo after Friday afternoon's explosions that shocked Norway's capital, and are potentially related to a shootout on the nearby island of Utoya located 50 km away.

According to the Norwegian paper VG, the gunman was dressed as a policeman. It is unclear if the shooting incident is related to the blasts in the downtown government complex.