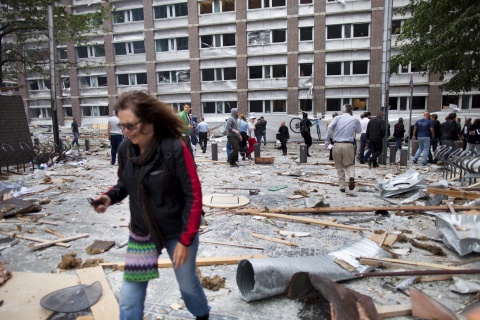 A gunman dressed as a policeman has opened fire at a Labor Party youth camp outside of Oslo shortly after the explosions in the downtown of the Bulgarian capital.

According to the Norwegian paper VG, the gunman was dressed as a policeman. It is unclear if the shooting incident is related to the blasts in the downtown government complex, and little detail is still available about it.

The incident occurred on the island of Utoya 50 km away from Oslo.

He confirmed that 2 persons have been killed, and eight others have been wounded, and said that the Oslo police is focusing on the ongoing rescue operation.