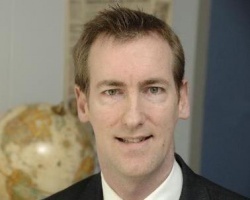 The phrase most commonly used by EC Spokesperson, Mark Gray, during the briefing dedicated to the Commission's report under CVM was "overall." File photo

Bulgaria must continue with the judicial reform strategy, the annual report of the European Commission under the Cooperation and Verification Mechanism (CVM) states.

The official version of the report was published by the EC Wednesday.

During a special briefing dedicated to the report, EC Spokesperson, Mark Gray, noted that there are signs of progress, but the monitoring mechanism is still needed.

Gray confirmed that the Commission's overall assessment of the CVM for, both, Bulgaria and Romania will come in the summer of 2012 along with the decision to continue with it or eliminate it.

The 2011 report includes a number of concrete recommendations to assist Bulgaria in preparing with the overall assessment.

Gray says EC would continue to support Bulgaria and its efforts, but would not decide beforehand on the results of such overall assessment.

"The next step would depend on the significant progress of both Bulgaria and Romania," the spokesperson pointed out.

When asked to give a concrete assessment of the reports, Gray replied that this was not that simple and one could not explicitly say if the reports were positive or negative.

The correspondent of the Bulgarian National Radio, BNR, in Brussels, informs that one of the main phrases used by the Spokesperson time and time again had been "overall."

Gray reiterated that the serious judicial system reform must be Bulgaria's top priority.

Since the report mentions donations for the Bulgarian police, when asked to comment on the EC position on them, the Spokesperson replied: "This is a problem that is alarming for us. It must be analyzed ASAP. It violates the independence of police investigations.

The effort to stabilize the Supreme Judicial Council, (VSS), the decision to have special tribunals for speedy trials in high-profile criminal cases, the reform in police investigations, the amendments to the Conflict of Interest and Public Procurement Acts were listed by Gray as signs of progress.

Regarding the early Tuesday morning blasts at the offices of the conservative Order, Law and Justice Party, RZS, in downtown Sofia, and of the party of former Prime Minister Ivan Kostov, Democrats for Strong Bulgaria, which is a part of the right-wing parliamentary Blue Coalition, the Spokesperson was laconic, but firm that counteraction and strong measures must be undertaken immediately.

Gray found it difficult to answer if EC would support forfeiture of illegally acquired assets without conviction, and explained he would give a response after making the necessary inquiries.

Regarding a reporter's question about the connection between criticism in the report and the delayed joining of the Schengen zone, he stressed the Commission only monitors the process and reminded of the conclusion of the Council for Bulgaria and Romania that both countries are technically ready to be included in Schengen.

The full text of the report with all assessments and recommendations read HERE.