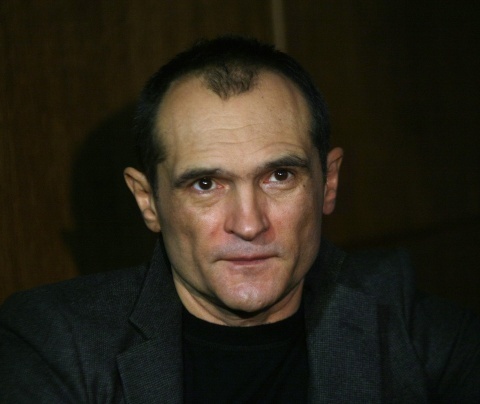 Famous Bulgarian businessman Vasil Bozhkov, aka the Skull, for some years the richest person in Bulgaria, has been listed by American CDA, John Ordway as Bulgaria's most infamous gangster. Photo by BGNES

A diplomatic cable of the US Embassy in Sofia, dated September 11, 2009, has been released on WikiLeaks and provided to the project for investigative journalism www.bivol.bg and its affiliate BalkanLeaks.eu, bringing out CDA John Ordway's report to Washington on Bulgaria's most wanted criminals.

SUBJECT: BULGARIA'S MOST WANTED: THE SKULL, THE BERET, THE

CHICKEN, AND THE BILLY GOAT

1. (C) Summary:  The number and scale of deeply entrenched

tremendous challenge to the new government as it strains to

enforce the rule of law.  The Bulgarian mafia bosses, better

known by nicknames such as the Skull, Big Margin, and the

Beret have under previous governments been considered

untouchable.  Bringing these ring leaders to justice would be

a major victory for the new government and demonstrate to a

skeptical European Commission (and Bulgarian public) that the

days of impunity are over.  The following list of organized

crime figures is by no means exhaustive, but represents some

of the most well-known figures whose prosecution and

sentencing would signify a major step forward for the

Bulgarian government and bring us closer to the day when

mobsters like the "Chicken" are no longer free-range.  End

2. (C) According to a common Bulgarian saying, "all countries

have a mafia, but in Bulgaria the mafia has a country." Crime

bosses or "Mutri," who often are popularly known by their

trafficking, counterfeiting, and contract killing.  Of the

73 percent have not made it past the police investigation

stage; there have only been a handful of arrests, and even

Bozhkov, aka "the Skull."  Bozhkov founded his first company

in 1990 before creating his current business empire, NOVE

Bozhkov, whose wealth is valued at USD 1.5 billion, is one

richest Eastern Europeans list in 2008.  He is now slowly

moving out of the organized crime business and primarily owns

casinos, hotels, and media outlets.  However, he is still

dealing.  He maintains close relationships with many former

prostitution.  The Marinov case, which has been postponed on

at least four separate occasions, has become symbolic of the

inability of the Bulgarian courts to bring about swift

justice.  And thanks to a legal loop hole in Bulgarian law,

requiring the physical presence of all codefendants and

-  the brothers were released on bail in December 2007 and

Brothers," jumped into the spotlight in 2008 following the

met with them while they were under investigation for

extortion, and drug running - before being freed and granted

temporary immunity in order to run for Parliamentary seats

during the July 5 national election.  Despite losing the

Kokinov, quietly announced that they had been released on

mid-July that the Galev case must be tried in Kyustendil

District Court rather then Sofia - thus allowing them to be

tried in an area where they have significantly more support

and have practically ruled for the last decade.

6. (C) On February 6, the Bulgarian police apprehended the

infamous gangster Zlatomir Ivanov, aka "the Beret," for his

murders.  Many believe that Ivanov was one of the most

important Bulgarian drug kingpins as well as the mastermind

behind several of the country's emblematic execution-style

underworld killings.  The Beret has been charged with three

murders, including the murder of one of Bulgaria's notorious

drug lords, Nikola Ivanov, aka "the Beaver," who was shot

upscale Sofia nightclub.  He was also charged with the murder

of Radoslav Velokov, aka "the Unfriendly," who was shot in

the head upon leaving the Sixth Police Precinct in Sofia

where he had been interrogated about the attempted murder of

tried to receive immunity by running for a Parliamentary

seat, but his request was denied since charges were filed

against him before his Parliamentary bid.  According to local

press reports, the star witness in his trial has refused to

testify against Ivanov citing threats to his life.  Although

Ivanov remains in prison, it is not clear whether he will be

businessman, serves as a proxy and front-man for businesses

and interests of the infamous Russian-Israeli businessman,

him from entering Bulgaria in 2000.  Chorny maintains

influence over his companies - including Levski football

awarded him the Stara Planina Order, the government's highest

honor, for his activities in promoting Bulgarian culture,

contributed one million leva to the "You Are Not Alone"

campaign in 2007 to help free the Bulgarian medics once held

in Libyan prison and gave 11 cars to the Ministry of

Interior.  Batkov is still on the board of the Bulgarian

mobile phone company, MTel, and is managing director of

Batkov, Stoev, Botev, and Associates law firm.  He was a

and former Parvanov advisor, Emil Kuliev, who was gunned down

THE CHICKEN AND THE BILLY GOAT

8. (SBU) Nikolay Metodiev, aka "the Chicken" is considered

one of the major smugglers in Bulgaria and has been

prosecuted several times for the contraband of goods.  His

nickname dates back to 1998 when he was arrested (and later

Metodiev was arrested again in 2003 for attempting to coerce

customs officials to allow the importation of illegal Chinese

cargo valued at USD 3.5 million.  Instead of the prosecutor's

525) for "threatening" government officials.  There is a

third case pending against him for smuggling contraband,

scheduled for October 5, in which the court will have to

destroyed a popular mafia bar in downtown Sofia owned by the

Chicken, a bar within walking distance from embassy housing.

9. (SBU) Yordan Tonov, aka "the Billy Goat" was arrested in

October 2008 along with 13 others on charges of organized

Tonov, a close associate of the recently convicted

Eyes," allegedly is the leader of a criminal group

Bulgaria. Ten of Tonov's accomplices, including the Eyes,

have pleaded guilty and received reduced sentences of less

than five years, while Tonov has elected to take his chances

in the Bulgarian courts.

- swept into power this past July on promises to tackle

must now show the political will to take on the challenge.

The August 25 convictions of the Eyes and two Varna

"businessmen" on money-laundering, pimping, and criminal

association charges were a start, but the European Commission

has stressed that prison terms are too short and not enough

cannot be solved overnight, but the successful prosecution

victory for the new government, and would send a very clear

and welcome signal to the Bulgarian public.  End Comment.