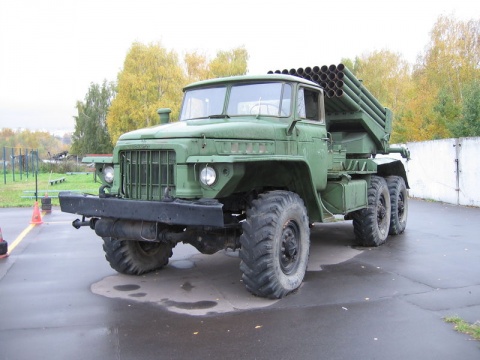 The Bulgaria-bound detonators that have been stolen from a train in Romania are parts of shells that were supposed to be repaired in a Bulgarian plant, the CEO of the receiving Bulgarian company Sage Consultants AD told Novinite.com (Sofia News Agency).

The theft of the shipment, which was guarded by 10 Romanian gendarmerie officers, was discovered Saturday afternoon at the customs office in Romania's Giurgiu, right before the train was supposed to enter into Bulgaria.

Hristov told Novinite.com (Sofia News Agency) that the missing detonators in question stolen on Romanian territory were a MRV model for 122 mm M-21 OF artillery rockets. The artillery rockets, of which the detonators are part were an incoming transfer from Romania to Bulgaria.

"The objects of the transfer from a Romanian factory are old munitions – 122 mm rocket shells and detonators, which were destined to be processed at the Bulgarian military factory VMZ Sopot in order to replace their non-functional elements, and to be made fit for use. The detonators were being transported separately from the shells," Hristov explained.

"Our firm which is a contractor under the deal has a legitimate license for trading with special products. The arms deal in question has been allowed by the respective Romanian and Bulgarian authorities. For the transportation of the shipment on Bulgarian territory, the Office for Control of Hazardous Devices of the Bulgarian Interior Ministry had issued a permit. There have been no violations of the instructions of the competent authorities," the CEO of Sage Consultants AD explained.

Hristov sought to clarify the actual nature of the arms deal and the missing munition parts, In his words, he has been deeply perplexed by the huge media interest and by the worryingly incorrect reports in international, Romanian, and Bulgarian media, some of which ever featured reports about the "theft of nuclear warheads" that he described as ridiculous.

Romania's military prosecutor's office has taken up the investigation of the case. The most likely explanation for the theft of the artillery rocket detonators is that they were stolen for scrap. The devices themselves are not explosive, and can only be used when installed on the respetive model of artillery shells.