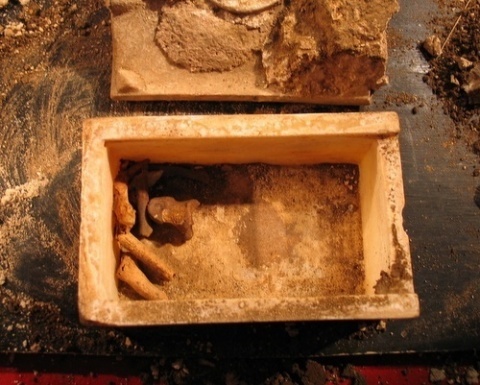 Last summer's remarkable archeological discovery of the St. John the Baptist's relics in Bulgaria's coastal town of Sozopol  has attracted huge interest towards the town as a historical center of the country.

The statement was made Monday by Sozopol's Mayor Panayot Reyzi on the occasion of the official day of the town – the Day of St. Marina.

Prof. Kazimir Popkonstantinov, the person who is behind the discovery, announced that media such as CNN and National Geographic have focused on the ancient Bulgarian town on the Black Sea coast and have filmed the event.

Popkonstantinov was bestowed by Reyzi with the title "Honorary Citizen of Sozopol," and with an honorary sign for his contributions.

"It is a great honor to be honorary citizen of a town with a 2 621 years of history. I can compare this feeling only with the Award for the Study of European Culture I received in Vienna 7 years ago, and will remember this 2 moments all my live," the Professor said in his thank you address.

Reyzi voiced hope Sozopol will become also a center of congress tourism which will extend the summer season.

The remains believed to be John the Baptist, including a skull fragment and a tooth, were uncovered at the end of July last year during the excavation of a fourth-century monastery on St. Ivan Island, off Bulgaria's Black Sea coast. They were in a sealed reliquary buried next to a tiny urn inscribed with St. John's name and his birth date.

According to excavation leader Professor Popkonstantinov the Greek inscription on the tiny sandstone box, reading "God, save your servant Thomas. To St John. June 24", the date, celebrated by Christians as John the Baptist's nativity, is a very strong proof that the relics of John the Baptist are genuine, the key clue to their origin.