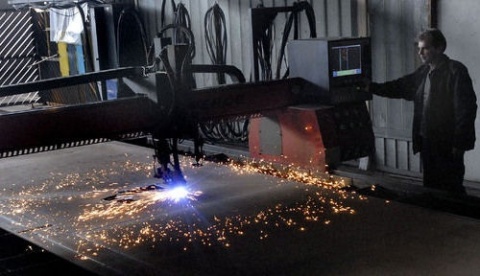 Bulgaria's machine building is doing well only in the export-oriented sectors. Photo by karieri.bg

Bulgaria's machine-building sector is still facing a serious crisis, which will probably continue well into 2012, according to Iliya Keleshev, head of the Bulgarian Branch Chamber for machine building.

Keleshev told Radio K2 Friday that the Bulgarian machine building industry, which employed 143 000 people in 2008, has been seriously hurt by the economic crisis after 2009 and many of its sectors are still struggling. Back at the end of 2009, Keleshev estimated in an interview for Novinite.com (Sofia News Agency) that Bulgaria's machine building lost 29 000 jobs in one year.

On Friday, he pointed out that in the past two years, the machine building plants in Bulgaria have started to rehire workers but at a slow pace.

In his words, about half of Bulgaria's machine building industry is export-oriented, and has been doing increasingly well in 2010 and 2011, while the other 50% of the firms who traditionally produce for Bulgaria's domestic market continue to be in trouble.

Bulgarian machine building exports grew by 38.5% in 2010 compared with 2009, which is seen as indication that the export-oriented plants have overtaken substantially those producing for the domestic market, whose output in 2010 was only about 51% of the output in 2008.

"Let's not forget that in machine building was the only sector of the Bulgarian economy which experienced an uninterrupted growth from 1989 till 1999," Keleshev said, stressing he is really concerned about a large share of the Bulgarian machine-building sector.

"Some of the firms which were leaders in certain subsectors no longer exist. There were bankruptcies last year, and more are going on at present. Those producing for the domestic market are reduced to an output on the technological minimum, they don't have enough orders, and their optimism for 2011 has evaporated," he stated.

In his words, it is unrealistic to hope that Bulgaria's machine building industry can reach its 2008 output in 2011, especially the sector producing machines for the construction firms has seen a staggering decline.

Sectors such as machines for hydraulics, however, enjoy growth but face another crucial issue – the shortage of qualified labor, Keleshev declared.