Bulgarian Sports Arena to Be Named after Insurance Company - Report 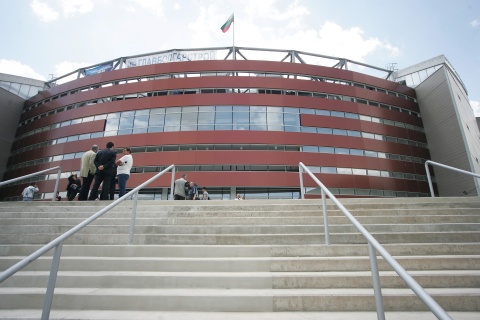 The official name of Sofia Arena, aka National Sports Arena, the first modern sports arena in Bulgaria, will most likely be "Armeetz Arena".

The final announcement on the matter is expected by the end of this week, unless the negotiating parties fail fail to reach an agreement on the details.

The key parameters have been negotiated but everything is kept secret, most notably, the sum the insurance company will pay to have its name on the modern sports facility.

The state has been in talks with Armeetz for over a month, leaving Finance Minister Simeon Dyankov to settle the final details.

Several companies vied for the privilege of having their logo displayed at the multifunctional sports hall, including M-Tel and Alianz, but the winner is most likely to be another one.

Experts say that the sponsorship contract will cost BGN 1.2 - 1.6 for a period of at least 5 years.

The official opening of the sports arena is scheduled for July 30 with a friendly match between the volleyball teams of Bulgaria and Serbia.