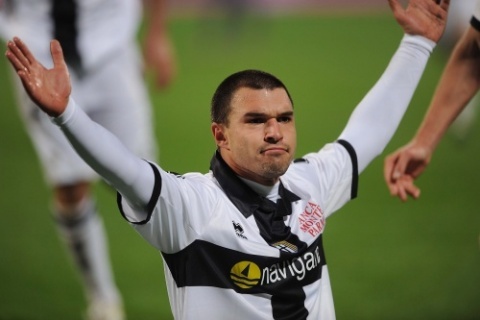 Bojinov has been finally transferred to Sporting Lisbon. Photo by EPA/BGNES

The Bulgaria international has signed a five-year contract with Sporting after the two clubs agreed on a EUR 2.6 M bid for 80% of the player's economic rights. The fee could rise to EUR 3.5 M depending upon the club's performances.

The 25-year-old, who has also played for Fiorentina, Juventus and Manchester City, will wear the number seven shirt for the Lisbon side.

"I am an aggressive player on the pitch. I like and want to score goals. Sporting must always play to win. Only win and do their best," he said upon his arrival in Lisbon.

The deal also involves yielding Jaime Valdes to the Italians.