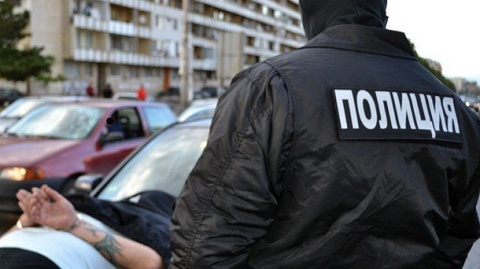 Ten people from one of the most major robbers' gangs in Bulgaria have been arrested in a special operation of the Bulgarian police upon trying to rob a bank office in the very downtown of Sofia.

The suspects tried to rob the branch of the DSK Bank on the Alexander Batenberg Square in Sofia, first arriving on the scene at 11 pm on Friday in order to turn off the security system but left and returned an hour later. They were riding in two cars with special equipment, Bulgarian Interior Minister Tsvetan Tsvetanov announced Saturday.

"The special operation has been called "The Protected" because in most cases the police have dealt with them but they have been released by the courts every single time," Tsvetanov declared.

He revealed the criminal gang has been followed by the police for more than a month, and that the actual arrests were made after car chases and ambushes around the Sofia downtown.

Tsvetanov said "The Protected" gang was extremely professional, and was the best robbers' group of the former legendary Lyulin Clan of thieves, named after the Lyulin Quarter in Sofia.