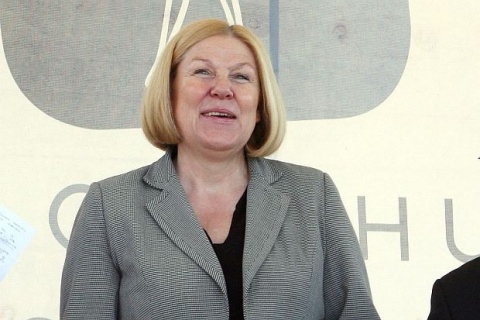 Bulgaria has made a huge step towards its Schengen accession, said Hungarian Ambassador Judith Lang at Thursday's ceremony for the symbolic handover of the EU rotating presidency to Polish counterpart Leszek Hensel.

Poland takes over the EU Council's six-month rotating presidency on July 1, 2011. On Jan. 1, 2012 the presidency will be taken over by Denmark and, after six months by Cyprus.

The Hungarian Ambassador reminded Thursday of the situation when her country had taken over the rotating presidency, stressing that the government had managed to deal with the challenges through cooperation and a flexible policy.

The problems Europe faces are identical to the problems plaguing Hungary, Lang explained, adding that the country had managed to summon 99% support for the proposed economic measures, at the same time preserving national priorities like the targeted return to growth levels and a budget stability.

Lang dwelled exhaustively on the Danube strategy, which she defined as a positive initiative with a substantially improved resource management and coordination.

In her words, the success of the Danube strategy depends on its implementation.

The Polish Ambassador to Bulgaria presented the new "extremely positive" logo, which said was a symbol of the natural disposition of all Poles.

He called for paying special attention to the situation in the Eurozone and on the financial markets, adding that Poland was ready to be brave in the name of European values.

Hensel summarized the approach and the priorities of Poland as the new EU head in three words- growth, security and transparency.

He vowed to press for the expansion of the capacity of EU's Warsaw-based agency for external border security, Frontex, which he said would allow to overcome the existing challenges.