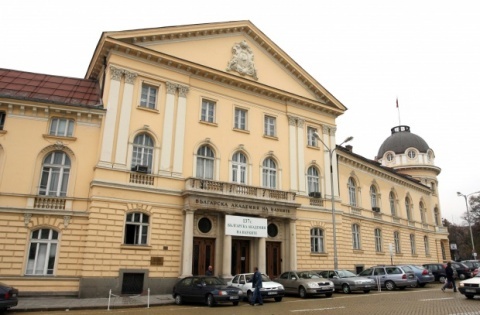 File photo of the Bulgarian Academy of Sciences

Bulgaria cut its spending on research and development by more than BGN 35 M in 2010, new data from the country's National Statistical Institute shows.

The struggling Bulgarian Academy of Sciences and the Bulgarian state universities received BGN 90 M in 2010, a BGN 50 M in comparison to the previous year. A total of BGN 27 M was spent on research and development in the sphere of agriculture, a BGN 18 M decrease year on year.

During the second half of 2010, the average salary in the academy was a mere BGN 476 (approximately EUR 244). Furthermore, the new budget will secure just 70% of the money necessary for salaries in the institutions, with nothing left for research or anything else.

On Thursday, Bulgarian Education Minister Sergey Ignatov said that 15% of all state budget money for science should go for research and development.

Bulgaria could exceed quickly in the spheres of energy, nano- and biotechnologies, cultural heritage, archeology and medicine.