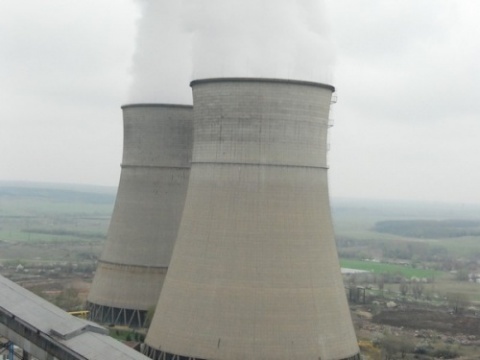 Talks about the sale of Maritsa East 3, a Bulgarian coal-fired plant with a capacity of 908 megawatts, emerged for the first time at the beginning of March last year. Photo by klassa.bg

Italian energy giant Enel has closed the sale of its majority stake in Maritsa East 3, a Bulgarian coal-fired plant, to US investment fund Contour Global, the company announced.

Enel reached in the middle of March an agreement to sell a 73% stake in Bulgaria's lignite-fired Maritsa East 3 power plant to Contour Global LP for EUR 230 M.

The enterprise value at closing for 100% of the share capital of the companies involved in the disposal is EUR 545 M, corresponding to 0.60 million euros per MW.

Contour Global, which specialises in electric power and district heating businesses, was rumored to be the preferred bidder for the 908 megawatt Maritsa East 3 coal-fired plant in Bulgaria, but initially the deal was hampered by its funding problems. That's why the other main bidder - Russia's Inter RAO - was widely expected to be picked as a buyer of the majority stake.

In late July, Austria's utility EVN, which already owns EVN Bulgaria, an electricity distribution company in south and southeast Bulgaria, confirmed it is holding talks for the acquisition of a majority stake in the Maritsa East 3 coal-fired power plant.

In 2009 Enel increased the capacity of Maritsa East Three plant to 908 megawatts, up from 840 MW, and also put new desulphurisation installations on the plant's four units.

The plant is located in the Maritsa East lignite coal mining complex in southern Bulgaria, which generates 30% of the country's electricity. Enel also owns wind parks of 42 megawatts near the Black Sea coast, which it also plans to sell.