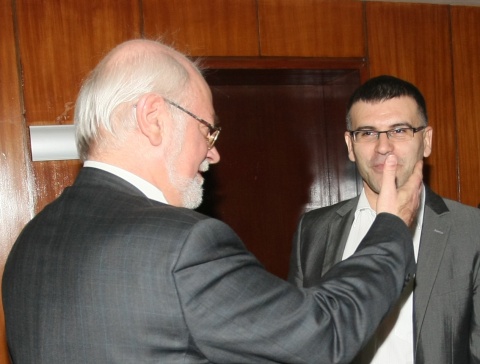 There are indications that state revenue in Bulgaria is significantly lower than what is touted by Minister of Finance Simeon Djankov, according to the president of Podkrepa trade union Konstantin Trenchev.

The Podkrepa leader further drew attention to what he saw as the discrepancy between FinMin Djankov's statements that income from the Customs Agency and the National Revenue Agency is very good, and his persistent criticisms of their work.

In the interview Plamen Dimitrov, the president of the other major Bulgarian trade union, the Confederation of Independent Trade Unions (KNSB), stated that trade unions will request an increase of about 10% of all state revenues in the 2012 state budget.

Dimitrov also said that KNSB together with Podkrepa will insist in front of government and employers' organization for an all-out increase in retirement pensions and the national minimum wage.

PM Boyko Borisov's center-right GERB cabinet has been giving signals it might be willing to up the pensions and minimum wage, but have extended that measure for the indeterminate future, citing unsufficient recovery and other top fiscal priorities.