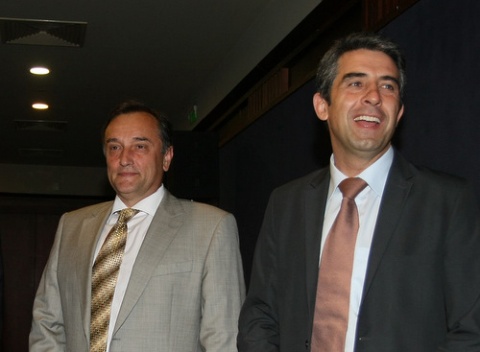 The Bulgarian Construction Chamber is demanding state subsidies for construction firms which are bidding in tenders in non-EU countries such as Morocco and Algeria, for example.

Bulgarian construction companies need government subsidies in order to deposit the bank guarantees required by the non-EU states, according to the head of the Bulgarian Construction Chamber Svetoslav Glosov, as cited by the Pari daily.

Glosov said Friday that the third countries' requirements for deposits is the greatest obstacle before Bulgarian construction companies trying to win tenders abroad.

The Bulgarian Construction Chamber has already signed a memorandum with Algeria allowing Bulgarian companies to participate directly in tenders in the North African country, which has a massive investment plant providing for residential and infrastructure construction worth USD 340 B over the next five years.

On Sunday, June 19, a delegation of the Bulgarian Construction Chamber and the Confederation of Employers and Industrialists in Bulgaria (CEIBG) will head to Morocco to sign a similar memorandum, as Bulgarian builders hope to be able to make a breakthrough in Morocco as well.

As far as the local construction sector is concerned, which was the backbone of Bulgaria's economic boom before the economic crisis hit in 2008, Glosov announced that there is a slight growth only in infrastructure construction financed with under EU projects, and a very slight improvement in the residential building.

Bulgarian Regional Development Minister Rosen Plevneliev expects that the Bulgarian construction sector will re-hire about 25 000 workers in the coming months. There are between 60 000 and 80 000 construction workers who have been laid off in Bulgaria as a result of the crisis, according to data of the Bulgarian Construction Chamber.