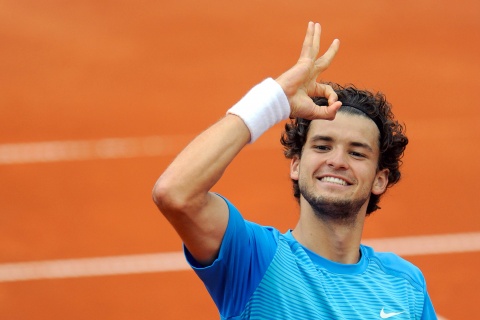 Grigor Dimitrov has reached the quarter-finals of the Eastbourne tournament. Photo by EPA/BGNES

Bulgaria's best male tennis player Grigor Dimitrov, aka Grisho, has made it to the quarter-finals of the tennis tournament in Eastbourne, England.

Dimitrov beat Anderson 6:3, 6:2 in just one hour. Wednesday's win has brought Grisho 45 points for the world ranking and has guaranteed him EUR 11 550 out of the total tournament fund of EUR 462 675.

In the quarter-final Grisho will face the winner of the match between Janko Tipsarevic from Serbia and Mikhail Kukushkin from Kazakhstan.