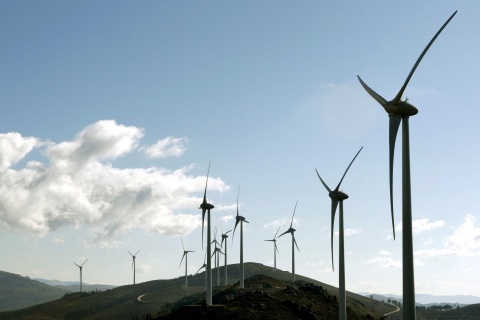 A major study to be launched in Bulgaria in July aims at protecting migration birds from wind generators. File photo

The Bulgarian Ministry of Environment and Waters announced Tuesday the launch of large-scale studies across the country to establish locations where wind parks could be dangerous for wild birds.

Preservation of wild birds is one of the goals of the 2-year-long project to make a map of protected species and their habitats in the Natura 2000 network. The project is financed by the EU operational program Environment in the amount of BGN 26 M.

It involves research of the state and exact location of 87 habitats, 119 endangered flora and fauna species, and the migration routes of 40 species of rare birds. The data is to be used in environmental assessments of construction projects and for planing the management of the Natura 2000 zones.

Environmental Minister, Evdokiya Maneva, is quoted saying so far such assessment have been based on guesses, instead of current scientific data.

The study is to begin in July. Its contractors are Consortium Natura Bulgaria and the Association "Econect," which will use 120 expert teams.

"Econect" will deal with the study of locations where wind generators could prove dangerous for migration birds and the map will be used by investors in renewable energy sources and will reduce the risk of conflicts between the business and the preservation of nature.

So far, the locations protected under Natura 2000 cover about one third of the territory of Bulgaria.