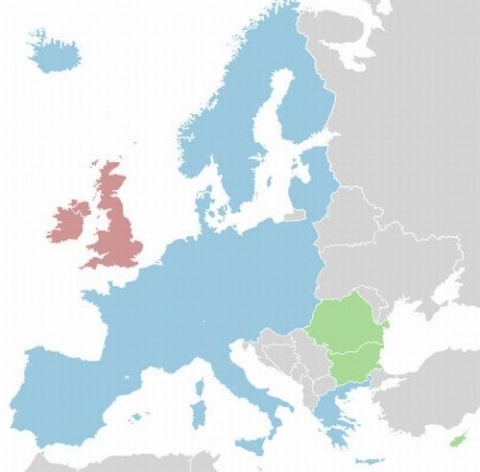 The EU is set to celebrate the 26th anniversary of the Schengen free movement area Tuesday, less than a week after it postponed indefinitely the accession of Bulgaria and Romania.

End of last week the EU Council decided that the two countries will have to wait to join, although they both have fulfilled the technical requirement for entry.

Member states such as the Netherlands, France and Germany had raised concerns about the status of corruption and organized crime in Bulgaria and Romania and linked it to Schengen.

In her address on the occasion of the anniversary, internal affairs commissioner Cecilia Malmstrom called Schegen "one of the most tangible, popular and successful achievements of the European Union."

Malmstrom however confessed that when need be the Union "must find ways to protect and  improve it," recalling that the EC is currently reviewing the Schengen rules to possibly modify them.

This has come as a response to calls from member states such as France, Italy, and most lately Denmark, calling for increased power on the part of states to reimpose border controls, out of fear of uncontrolled immigration flow, especially in the events of the Arab revolutions.

The Schengen free movement area includes 25 countries: all members of the EU, bar Bulgaria, Romania, Cyprus, as well as the UK and Ireland, who have opted out of the agreement, as well as Norway, Iceland and Switzerland.