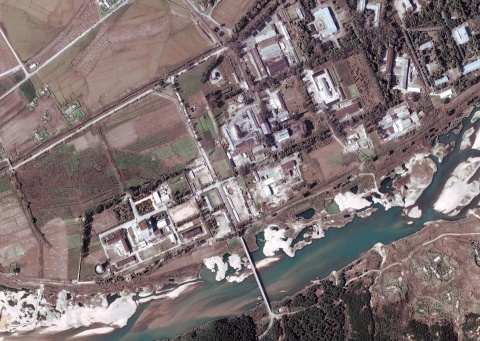 A 2004 satellite image of the Yongbyon nuclear site in North Korea. Photo by EPA/BGNES

North Korea is continually sophisticating its nuclear facility at Yongbyon, according to report from the US Institute of Science and International Security.

On the basis of analysis of satellite images, ISIS has concluded that during the last two years a number of new facilities have been constructed at the site, with the old ones being updated.

"The location of the new buildings suggests that they have to do with the operations on enriching uranium," reads the report, quoted by Russian agency ITAR-TASS.

As a summary, the activity at Yongbyon is reported to be "more active than previously supposed."

North Korea argues that the facility is involved in the production of low-level enriched uranium it uses for the needs of its electricity production, but the USA and others fear that it might be used to enrich uranium to levels high enough for the production of nuclear weapons.