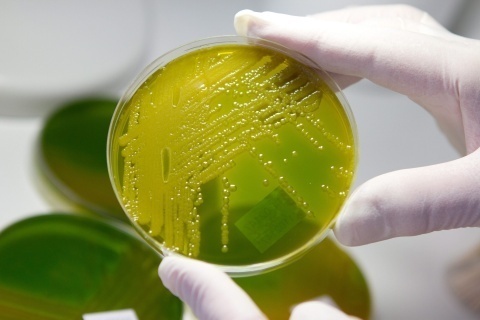 Scientific analysis and lab tests have failed to show that contaminated vegetables are behind Europe's deadly E. coli outbreak, the EU's Reference Laboratory for E. coli in Rome announced.

"Alarmism over the consumption of vegetables is not justified ... since laboratory analyses do not support the hypothesis that contaminated vegetables were the source of the infection. It would be sufficient to follow basic kitchen hygiene to avoid infection, such as washing your hands after handling food and ensuring knives are clean," the laboratory, part of Italy's Higher Institute for Health (ISS), said in a statement.

Meanwhile, Dr. Claudia Stein, a German trained public health physician and epidemiologist with the World Health Organization (WHO), Head of the Department of Food Safety, Zoonoses and Foodborne Diseases (FOS), told the Bulgarian National Radio, (BNR), the efforts to establish the source of the contamination could take days and months, adding the outcome might be failure to find the source, as it often occurs.

According to latest data, the death toll has reached 19 – 18 in Germany and 1 in Sweden.

The WHO reports that cases have been found in 12 countries with all, but 2, becoming infected in northern Germany or after being in touch with people from the area.

On Friday, the Beijing Genome Institute, which tested samples from Germany, announced the strain is new, very toxic, and had been the result of the mutation and combination of the very aggressive O104 strain, found in South Korea, and the 55989 strain from Central Africa.

As the source of the outbreak remains mystery, Russia and Lebanon have banned all imports of produce from the EU.