Nunzio Tacchetto, Mayor of Italy's Vigonza: Bulgarians Are Really Interested to Be Europeans 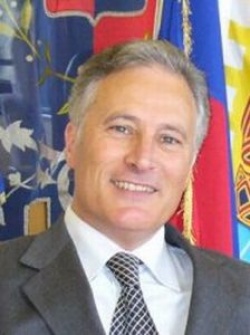 Interview of Dimitar Gancev with Nunzio Tacchetto, Mayor of Vigonza, for the "International Survey: Bulgaria-Italy" of Novinite.com (Sofia News Agency)

Mr. Mayor, what are the guiding principles of your administration in the light of the twinning between Vigonza and Belene?

Principles should be considered within the context of the present moment - a moment of closeness to people that until yesterday were unknown to us and also great concern and efforts for overcoming the difficulties.

Within this context we should integrate our guiding principles. In the case of Belene, I took the responsibility on behalf of the municipality for an already existing twinning with Belene.

At the beginning I was very pleased to learn that friendly relations between the citizens and between the administrations have been already established. And for us it was important to transfer this friendship to a practical and productive dimension.

Therefore, we identified some basic lines of action that could be reduced to: cultural exchange and also exchange between craftsmen and between entrepreneurs with leading technology, to allow our Italian and Bulgarian friends to compete in this area.

The other major thing, again in the light of great crisis - the crisis of values - was to find that in Bulgaria, and particularly in Belene, different or slightly different confessions were coexisting quite well.

For us this was very important, because we realized that even in a more distant world, projects could be implemented, people could believe together and help each other regardless that the reality was different.

Another aspect we can rely on is the relationship between young people, between the younger generations which will enable us to understand the future trends. However, I think that in this respect we can look forward to a follow-up development; besides becoming a starting point, for the citizens of Belene this could be an opportunity to own a second home in Vigonza.

As far as I remember, at the beginning of the twinning, someone had compared the friendship between Vigonza and Belene with a child that had to grow up. Today the 'child' has grown up, so how do you see the future in terms of direction and values?

Yes, the child is at least 18-19 years old. It is now a youngster who had passed adolescence, which posed him problems – a kind of transition, had finished school and learns how to work. What do I see in the future?

For all the difficulties and insecurity of the present moment, I see a competition among people who are willing to work together. A transition from twinning - understood as solidarity, friendship and nothing more - to a different attitude, built mostly on work and exchange, but also on culture and religion.

For several years already, Bulgaria has been a Member State of the European Union, but it will take time to gain trust after a difficult past. How do you see the potential of Bulgarians and especially of the future generation to foster trust?

I could say that I saw a very strong wish and efforts of the Bulgarians for living as a community. What impressed me more was to see that Bulgaria and Bulgarians were really interested to be Europeans.

I think that was the most significant discovery I made. It is true that the distance is still too big and we will need a lot of patience to work and progress together. Apparently, it is difficult for the 'youngster' to run in the pace of the rest of Europe.

As friends, it is our task to walk this line together with the people of Belene. For example, I noticed that Bulgarian officials were much better than us in considering Europe as a source of initiatives and ideas. Thus, in some respect, we are the ones who should learn from them.