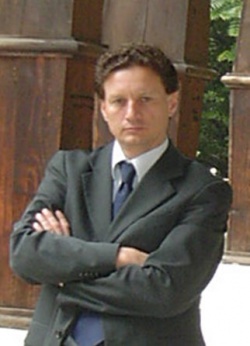 Italian companies are traditionally among the leading investors in Bulgaria. What is the situation today?

Acegas, Bulsafil, CMC, Caraglio, Edison, Enel, Generali, GCF, Italcementi, Italgen, Iveco, Lavazza, Miroglio, Petrolvilla, Riminigas, Unicredit - these are but a few of the many Italian players who have invested in Bulgaria and are operating in the widest range of sectors, such as textiles, industrial installations, insurance, public utilities, finance, food and beverages, energy.

Some of these investments date as far back as the early Nineties, though most have developed over the past decade. In 2007 there were more than 800 Italian companies operating in Bulgaria, mostly medium and small enterprises. Though on a far smaller scale, by investments and sales, than those just mentioned, they nevertheless play a crucial role for the local economy in various parts of the country and contribute significantly to employment in Bulgaria as a whole.

Today there are little more than 600 Italian companies which have stayed firmly rooted in Bulgaria. Still a considerable figure, however, if we consider the size of this country and draw a comparison with the presence of enterprises from other countries.

These companies are mainly from Northern Italian regions, especially Piedmont, Emilia-Romagna, Lombardy, Friuli Venezia-Giulia, Trentino Alto Adige and Veneto. They operate in sectors ranging from textile and clothing, machinery and metalworking, to energy and public utilities. They are mostly concentrated in the Sofia and Plovdiv districts, though it is interesting to note that Italian entrepreneurs can be found all over the country, from Kyustendil to Vidin, from Rousse to Varna, Bourgas and Yambol.

How have Italian investors reacted to the recession in Bulgaria?

2009 and 2010 were difficult years for investments in Bulgaria; the complex world economic situation, weak domestic demand, the collapse of the real estate market, the credit crunch, along with some signals which policy makers seem to have sent out to foreign investors, have led hundreds of overseas enterprises to rethink their growth strategies in the Bulgarian market and to disinvest heavily, indeed in some cases leaving the country outright.

It is some months now, however, that people are openly speaking of economic recovery in Bulgaria and this has encouraged Italian enterprises - above all the medium to large ones engaged in renewable energy, construction and machinery - to view the Bulgarian market with renewed confidence.

This is the underlying meaning of investments such as those by Italcementi, who have resumed works for the upgrading and enlargement of the Devnya Cement production plant on the Black Sea coast. Inaugurated in June 2008 but later suspended because of the recession, this investment is worth overall 160 million euros. Construction works will employ approximately 1,000. Once completed, this plant will constitute one of Bulgaria's largest industrial investments of the past 20 years.

The same applies to the purchase of wind farms by the Italian companies Italgen and Leitwind, and to the entry into operation of ENEL Green Power's second 21 MW wind park at Shabla. Also, Petrolvilla, a group from the Trentino Alto Adige Region, together with its subsidiary Vez Svoghe, have commenced construction of the third hydro-electric plant on the Iskar river, whilst Cartesio, in a joint enterprise with the American company Planetec, is set to construct five 250 KW biomass plants in Bulgaria.

As for the metalworking industry, MBM Metalwork, part of Italy's F.lli Meroni group, officially opened its new Rousse plant last March, while OMS Salieri has announced a new investment in Vratza, where it plans to build a plant for the production of ball valves.

Unfortunately, in the renewables sector, some of the rules in the New Energy Act which has just come into force have quenched investors' enthusiasm somewhat, as clearly emerged during the Round Table on Energy organised last April by Confindustria Bulgaria, an Italian association representing about 250 entrepreneurs operating in this country.

What, in your view, is the outlook for Italian investment in Bulgaria?

Apart from renewable energy sources, the prospects for investment and the expansion of Italian economic interests in Bulgaria remain promising; this country is still attractive as a venue for production delocalization, thanks to low labour costs, reasonable energy prices and a competitive corporate tax policy: just recently the government confirmed its intention not to change the 10% income tax rate for both companies and natural persons.

Furthermore, plentiful EU funding through the Structural and Cohesion Funds adds to the wealth of opportunities which this country has in store for investors, supplementing its  infrastructure modernisation strategies.

In this respect, we look with pleasure at the increasing number of Italian companies which participate in the tenders launched by the Bulgarian authorities in these first months of 2011, and which on several occasions have been rewarded with success. GFC-Generali Costruzioni Ferroviarie Spa, in a consortium with the Bulgarian companies Trace and SK13, were awarded in February the contract for the construction of the Plovdiv-Bourgas railway line. The supervision contract connected with these works was also awarded to Italian companies, namely Ing. Vito Prato Engineering Srl and Etacons Srl. In motorway construction, too, an Italian company - CMC Ravenna - submitted the lowest offer for the first stretch of the Maritza motorway.

How would you describe the present state of trade between Italy and Bulgaria?

The economic partnership between Italy and Bulgaria is not confined to investment. Indeed, Italy ranks a solid third, after Germany and Russia, among Bulgaria's main trade partners.

Yet the truly good news is that bilateral trade is nearly back to the 3 billion euro mark which had been overtaken in 2007, when enthusiasm for Bulgaria's EU accession was at its height.

On the other hand, the 22% growth in bilateral trade in 2010 is largely the result of Bulgarian exports to Italy, which surged by 38.2% over 2009, whilst Bulgarian purchases of Italian products were up by a less impressive 9%.

More specifically, Italy is Bulgaria's second destination market, after Germany, and accounts for 9% of Bulgarian exports. As for Bulgaria's supplier countries, Russia holds first place thanks to its energy exports, followed by Germany and Italy, who ranks third.

People normally associate Italy and Italian exports with - amongst other things of beauty - fashion and designer clothing, furniture, luxury sports cars and, of course, food and wine. How does this compare with actual Italian exports to Bulgaria?

-    in skin and leather products, where Italy accounts for 80.6% of Bulgarian imports and continues to increase its lead over its competitors, up 22% over the previous year;

-    in processed cotton materials, where it holds a 22.9% share of all related products imported in Bulgaria;

-    in ceramics, with a 19.6% share; though exports yielded 22.8% compared to 2009, our more direct competitors, such as Spain and Greece, suffered a similar fate, owing to a still faltering construction market;

-    in furniture, where Italian exports decreased by 13.5% compared to 2009, though China, Germany and Poland have failed to draw any benefit from this.

As for food and wine, authentic Italian products are widely appreciated and can be found increasingly in higher-end retail outlets and specialised shops, as in the many Italian restaurants dotting Sofia and other towns, while Italian wines are the undisputed leaders in their field.

Exports to Bulgaria amounted to nearly 58 million euro in 2010, up 14.7% over 2009. Nevertheless, it will take some time before both tastes, traditions and the average consumer's purchasing power will allow certain basic yet relatively expensive ingredients of Italian cuisine - such as olive oil or Parmesan cheese, to name but two - to gain a firmer foothold in this market.

Italy also fares well in the Bulgarian market as a supplier of zinc (first place, with a 33.1% increase over 2009), nickel (third) and other common metals (third, up by 78.9% over 2009). Other products include optical goods, measuring and precision instruments, live plants and floriculture products, fruit, toys and sporting goods, where Italy ranks third as a supplier to the Bulgarian market.

Could you briefly describe the mission and activities of the Italian Institute for Foreign Trade-ICE?

The Italian Institute for Foreign Trade-ICE in Sofia is part of a network of more than 100 offices worldwide. Our task as a government agency is to support Italian enterprises in Bulgaria and to foster bilateral trade and investment relations. ICE provides tailored services to help individual Italian companies find the right partners in the Bulgarian market, supplementing these with detailed information, statistics and in-depth analysis of the Bulgarian economy and market opportunities.

We organize more than 40 events every year, many of these publicly funded, whose aim is to promote Italian products and companies by specifically targeting trade and industry professionals. Such initiatives comprise trade missions to Italy by members of the local business community and press, who are given the opportunity to visit specialised fairs or specific production areas.

Other fields of activity include the organisation of official Italian pavilions in Bulgaria's most important trade fairs, such as the autumn Technical Fair in Plovdiv, congresses and seminars on topical issues, training courses on sectors of mutual interest to our countries, often pooling efforts with our Bulgarian counterparts, the Bulgarian SME Promotion Agency and InvestBulgaria Agency, with which we have cooperation agreements in place.

June is traditionally dedicated to a series of events involving the general public and focused on Italian consumer goods, specialty and regional foods and wines, design, cinema and music, arts and crafts. This is our yearly Italian Festival, whose venues this year will be featuring Sofia's Vitosha Boulevard and the Bulgaria Square facing the National Palace of Culture. Fuller details are provided elsewhere in this issue.