Bulgaria and Italy in Europe of the Spirit: 132 Years of Diplomatic Relations 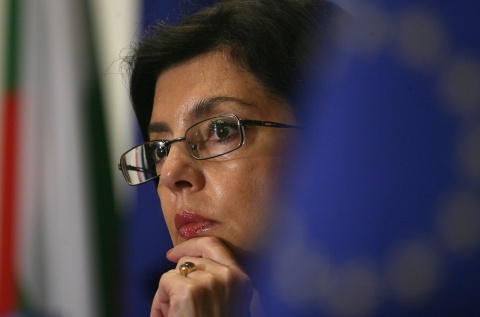 In 2011, Bulgaria and Italy marked 132 years of diplomatic relations. These relations are not only formality required by international standards, but real, full-blooded relations between partner countries.

Despite the different historical circumstances and development of both countries, the relations between Italy and Bulgaria have always been cordial and constructive, especially now when our two countries are part of the same alliance and share the same goals and vision for the future.

Already in the early years of this cooperation, even before the liberation of Bulgaria, the values of our countries have been the same - unity and dignity of nations, freedom and prosperity. An example of this is the fact that a monument of the Bulgarian revolutionary Captain Petko Voyvoda is in Rome.

He and many other Bulgarians are proof that even before establishing diplomatic relations between our two countries, our peoples had common aspirations and historical connection. There are many worthy Bulgarians, for whom history indicates that they were voluntaries in the Garibaldi campaigns. Georgi Rakovski himself - one of the greatest revolutionaries of Bulgaria - had met with Giuseppe Garibaldi in 1864.

Even then, there were close contacts between the two movements for national liberation. In the circle of most trusted people of Garibaldi was the Bulgarian physician Georgi Kapchev, who was entrusted to care for the sick wife of the leader – Anita. After the liberation, her son General Ricciotti Garibaldi sent the Bulgarian an expression of gratitude. However, the most famous Bulgarian among the Garibaldians at that time was undoubtedly Kosta Evtimov.

At that time he was 26 years old and was chosen to be one of the 1000 revolutionaries in Garibaldi's campaign in Sicily. Evtimov was one of the brave young men, who with their bodies protected him in the bloody battle of Calatafimi. This deed of heroism of the young men shook up Europe; the case was widely covered in the then printed media and many artists immortalized it in their works.

And if history has made us closer in our surges for freedom and unification, today Italy and Bulgaria meet in the field of common aspirations for economic stability, active trade relations developed markets and prosperity.

Our two countries have longstanding economic relations, which, although interrupted during the Cold War, today are developing in full speed. Italy is the third largest trade partner of Bulgaria. For 2010, the total trade volume reached BGN 2.93 billion. Bulgaria marked a growth by 38.2% in exports to Italy compared to 2009, an increase of 8.9% in imports and an increase of 18.4% in trade volume.

Italy is one of the countries whose entrepreneurs contribute most to the growth of direct foreign investment. For the period 1996-2010, the Italian investments in Bulgaria amounted to EUR 1.198 billion in various areas such as construction, banking, energy and textile companies.

Already in 2007, we signed a Memorandum of Cooperation between the the Bulgarian Small and Medium Enterprises Promotion Agency and the Italian Institute for Foreign Trade. Before the financial crisis the number of tourists - Italian in Bulgaria and Bulgarian in Italy - was constantly growing. Tens of thousands of Bulgarians are working in favor of the Italian economy.

Bulgarian-Italian relations have also another dimension - that of partnership within the European Union.

Italy was one of the strongest supporters of Bulgaria's accession to the EU. The deadlines, within which we joined NATO and the Community, were outlined as priorities of the Italian presidency back in 2003; we got the political support of Rome throughout the whole negotiation process. And now again Italy and is one of the countries that encourage the efforts of Bulgaria for accession into the Schengen area.

Rome and Sofia cooperate adequately within the European Union. Certainly the positions of the two countries often differ along the axes of old and new Member States or large and small Member States, but they also very often coincide because as southern countries and as external boarders of EU, they have similar priorities and objectives.

There are many areas of cooperation: agriculture, transport, human rights and education.

Italy and Bulgaria are also working together for the integration of Western Balkans, which divide us geographically. Rome and Sofia participate in programs such as REETROFIT and GREEN, funded by the EU and aim not only to facilitate the accession of these countries, but also pursue objectives that are critical to our future - the green economy, development of small and medium sized business, etc.

The two institutes often organize cultural events – exhibitions, photography exposures, presentations of books and films for mutual promotion of their cultures – both traditional and timeless values and modern trends. Probably the best example of this cooperation is that both countries were invited each to nominate a city to jointly share the title of European Capital of Culture in 2019. This event will further stimulate these valuable relationships between the two countries.

However, we should keep in mind that 2019 will not be a new point of intersection between our two civilizations from cultural point of view. Our two cultures had met centuries ago.

On the 24th of May Bulgaria does not celebrate battles and wars, does not commemorate the birth or death of a great military commander, politician or artist, it rather honors the holy brothers Cyril and Methodius.

Our nation has sealed a tribute to their work with the Anthem of Bulgarian culture and education: March Ahead, O Revived People written back in 1892 by the great Bulgarian writer, a man of spirit and public figure Stoyan Mihaylovski. A few years later, in May 1900, at the dawn of the new century, the composer Panayot Pipkov wrote the music to this Anthem. Today, more than 110 years later, each and every Bulgarian school meets and sees off the students with this song.

In 1980 the Venerable Pope John Paul II proclaimed the holy brothers Cyril and Methodius together with Saint Benedict of Norcia, Protectors of Europe.

Now, one of the brothers, Saint Constantine the Philosopher, who before his death adopted the monastic name of Cyril - rests in the crypt of the Basilica San Clemente in Rome. In Italy exactly, he concluded his life-work with his last Writing on Straight Faith.

Today Italy keeps one of Europe's Protectors. In Bulgaria every child knows the anthem for him. From San Clemente to the teacher of the 7-year first grader in Bulgaria, which shows the children letters written 12 centuries ago - this is Europe: spirit, knowledge, faith and culture, going beyond national borders and differences, crossing epochs and outliving time.

The 24th of May is a day of belonging. Belonging to the spirit, the faith in it, to the eternal European values and the free human strive for knowledge and enlightenment. This day is celebrated in many European countries and by the whole Slavic community. This day is also celebrated in Italy and in Bulgaria because eternal values have no nationality.

In 2005, reading again the verses of the Anthem of Cyril and Methodius I felt that its message embodied everything which at the time when we just became part of the Community and today – six years later – we call the spirit of Europe.

I approached translators at the European Commission with whose help we prepared a publication of the anthem in all 23 languages ??in the European Union. Then in the preface to the publication I wrote that I dreamed while I signed the Treaty of Accession of Bulgaria to the EU, other nations to be able to feel the spirit of our letters, their soul ...

Cyrillic is not just exotic, it is that what has formed us as a nation and makes us Europeans, equal to others, with remarkable contribution to the cultural area of Europe, that what makes us a part of European civilization, at the foot of which the two monastic brothers, scholars, educators, Christian missionaries and cosmopolitans - Constantine-Cyril and Methodius - have put the spirituality of Europe, such as we know it today: uniting, free and powerful. And they made it 12 centuries ago – at a time when the peoples of Europe have sought their way to light.

Bulgaria and Italy have their different historical and cultural directions. However, both are part of Europe of the spirit - guarded by the Protectors and keeping the spirit of the Protectors. Both have made significant contributions to the vast heritage of the Old Continent.

Nobody today can imagine Europe without the Italian Renaissance or without Slavic literacy and culture. For years Bulgaria and Italy have developed their relations in such an environment – a Europe without borders where the diversity of national states is not an obstacle to achievement of community spirit.

A Europe, which in spite of its 23 languages, can say in one voice March Ahead, O Revived People. And our two countries have given this voice an eternal power.