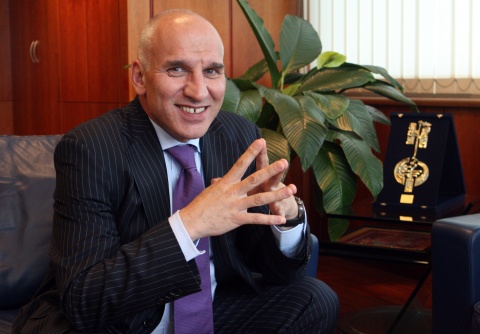 The Bulgarian banking system is concentrated, with most of the assets owned by large financial institutions from the eurozone. Which are the main benefits of the involvement of foreign banks in the domestic banking system?

Most of these institutions are well-capitalized, presumably had definite advantages in terms of management and risk-management system compared to the failed Bulgarian system of 1996-97.

The fact that together with the conservative regulatory framework Bulgarian banks were able to go through the crisis without need of a direct public money injection was important.

How stable, well capitalized, competitive and able to set aside enough provisions to cover increasing bad loans are Bulgarian banks at the moment?

Up to this moment the level of provisions based on non-performing loans in the banking system is affecting the profits of the banks, but not at an alarmingly high level.

Most of the loans in the Bulgarian banking system are well-collateralized. This means that we can expect in the good years to recover a significant part of the provisions, which were made in the bad years.

To what an extent was the domestic operating environment affected by the global financial crisis?

It was not a direct impact initially, but the economic crisis in the world affected dramatically Bulgarian economy as well.

Growth rates slumped from 5-6 percent per year to a 5 percent contraction in 2009. Currently recovery is still in the statistical values and is far from visible. The population and companies are not yet feeling enthusiastic about investments and spending.

Do banks in Bulgaria remain vulnerable to shifts in global risk appetite and the capacity of parent banks?

Being subsidiaries of foreign banks, the banks in Bulgaria  are directly linked to the well-being of mother companies.

Most of the parent companies however come from euro zone countries, they are well-capitalized and willing to support the local entities.

Eastern Europe, including Bulgaria, is definitely one of the potential growth areas of the world and, for Europe in particular, probably the most important one in geographical and political terms.

Do you think Bulgarian banks are more susceptible to possible shocks that may be caused by Greek banks' funding, as Greek lenders control some 28 percent of total bank assets in the country?

Greek banks' risk appetite is now much lower compared to the years before the crisis. It is my belief that since these banks are still part of the conservatively regulated Bulgarian banking system, they still represent an asset for the Greek owners.

That's why I would not say they can be cause of the crisis. They would probably go through a process of consolidation or conservatism, but there should not be dramatic problems for the Bulgarian environment.

What lessons should banks and customers learn now that the pre-recession optimism is over?

Prudence and modest conservatism is always a good way to treat things. UniCredit Bulbank has always been slightly more conservative than the market, which allowed us to support our clients during the worst months and years of the crisis better than some of our competitors.

UniCredit Bulbank, part of the UniCredit Group, is the largest bank in the system with a market share of around 16% in banking system assets. Which are the competitive advantages of the bank?

We are not only the largest, but also the best bank on the market. As a leader on the market, we have intangible advantages such as reputation, geographical spread and last but not least, the fact that we are part of the largest banking group in the region.

Does UniCredit BulBank support investments of Italian companies in Bulgaria? In which sectors?

It is only natural that we are the first stop for Italian businesses coming to Bulgaria. We are able not only to support, but also to motivate Italian companies to look at Bulgaria more seriously.

There are a couple of thousands such companies. The sectors concerned represent a diversified list, ranging from industry (Italcementi and Miroglio) to the small and medium-sized Italian businesses.

UniCredit Bulbank received the award for "Best Investment Product" for its "Pioneer Savings Plan" at Bulgaria's top finance forum "Banks Investments Money". Could you please tell us more about this product?

This is one of our attractive products, which are generally new to the Bulgarian market.

UniCredit Bulbank develops asset management, which is a new concept of saving for Bulgaria. The Pioneer Savings plan allows people to save even in small amounts and have them invested for return at the same time.

Is life on credit in vogue in Bulgaria now?

Over the last eighteen months we have seen a significant growth of deposits, a fact, which means that Bulgarians think twice before going for credit. This is a good sign because it shows that we have a prudent approach on the clients' side as well.

Which are the factors in Bulgaria's economy and the eurozone, which will drive the movement of interest rates in the country this year?

Global inflationary trends, which can lead to increased base interest rates, and the growth potential, the economic situation in the country are factors to watch. These are two competing processes, which go in different directions and we will have to wait and see what will come up.

If the economy starts to recover, no matter what is the price of the credit, it will be more affordable. Affordability is much more important than the absolute value of the interest rates.

Will an eventual economic recovery halt the rise in bad loans?

Once the economy starts to recover, we will see a decrease in the number of non-performing loans. We will be able to see whether this is a stable trend in a couple of quarters.