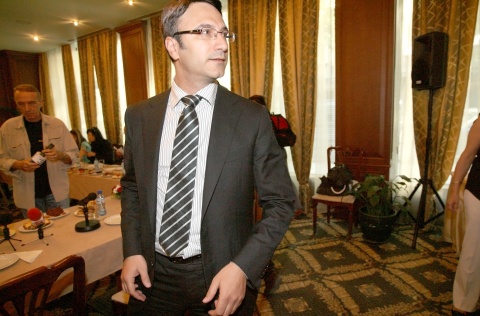 Traikov spoke Saturday at a news conference in Sofia dedicated to the energy policy of Borisov Cabinet.

In December 2010, there were reports that the much anticipated deal with the vastly troubled Bulgarian hydro power project on the Arda river in the south would be sealed in the first quarter of 2011; however, these forecasts have failed to materialize.

EVN and Ceylan have been tangled in negotiations for the buyout for months. The project company for the construction of the 160 MW cascade is expected to be formed with a 70% of EVN and a 30% share of the Bulgarian National Electric Company NEK.

EVN is expected to receive a Class A investor status that will provide it with benefits for the construction since the Rhodope Mountain where the hydro power plant is located, is considered an underdeveloped region.

In July 2010, Austrian utility EVN signed a deal with Bulgaria's state power utility NEK to take a majority stake in the Bulgarian hydropower project. Under the agreement Austrian utility EVN will own a 70% stake, while NEK will hold the remaining 30% in the joint venture.

The agreement for the construction of Gorna Arda hydropower project in southern Bulgaria, between Austria's energy firm EVN and Bulgaria's dominant state power utility NEK was signed during the visit of Prime Minister Boyko Borisov in Vienna in the middle of July 2010.