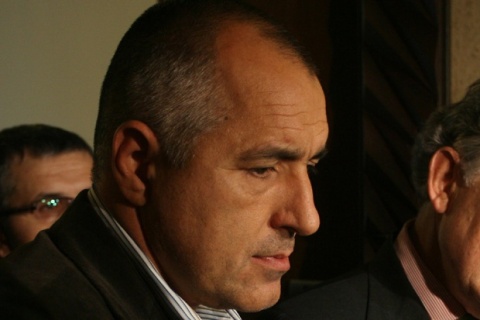 Bulgaria's Prime Minister Boyko Borisov has condemned its own ally, the Ataka party, over the incident in which nationalist activists assaulted praying Muslims in downtown Sofia.

"This is not the right way to react...We are not speakers or mentors of Ataka, they bear the political responsibility for their own actions," Borisov told the morning broadcast of bTV channel.

Borisov did not exclude the possibility of early general elections in the autumn, to be held together with the local and presidential vote, but denied allegations that this is a deliberately pursued plot.

He expressed hope that GERB will have a majority in parliament thanks to the independent MPs and the "common sense" of individual members from other political forces.

He once again reproached the political parties – the conservative RZS, the right-wing Blue Coalition and the nationalist Ataka - for pledging support for his minority government only to withdraw it later.

"RZS turned their back on us in sixth months, the Blue coalition – after the first year and Ataka – after a year and a half," he said.

The xenophobic incident occurred near the Banya Bashi mosque in downtown Sofia. The brawl that the nationalists and their leader Volen Siderov started as part of a protest against the mosque's loudspeakers has led to an unprecedented for Bulgaria interruption of the Muslims' Friday's prayer.

Five police officers were wounded in the ensuing fight. The police arrested two Ataka members in the brawl.

While being in no formal coalition with the nationalist party Ataka, the center-right GERB party has enjoyed the latter's informal support. GERB itself has only 117 MPs out of 240; the 21 votes of the Ataka party provide it with a comfortable ruling majority.