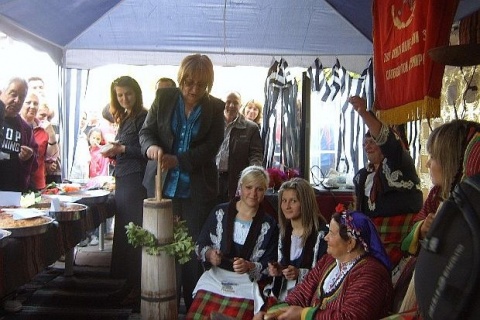 Bulgarian Speaker of Parliament Tsetska Tsacheva (C) at a traditional gathering in Kardzhali. Photo by DarikNews.bg

"The meatless pizza* was for last year, in 2011 we're relishing a hearty banitsa**."

Bulgarian Parliament Speaker Tsetska Tsacheva commenting on the country's economic growth 2010-11, at a gathering for traditional crafts in Kardzhali.