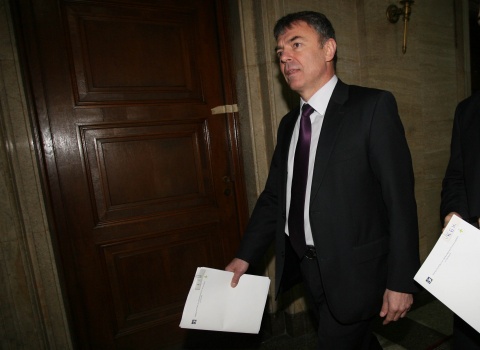 Some 80 000 Bulgarian students currently study abroad, primarily in the EU, according to data presented at an education forum in Sofia Monday.

Over 50% of those Bulgarian high school seniors who seek higher education apply to schools abroad, according to Prof. Anna Nedyalkova, President of the Varna Free University, who is head of the Association of Private Universities in Bulgaria.

About 12 500 Bulgarian students are estimated to be studying in Germany, with Denmark and the Netherlands also being popular higher education destinations.

There are about 3 600 Bulgarian students in the USA and Canada, and 82% are estimated not to be returning to Bulgaria after graduation.

According to the Bulgarian Ombudsman Konstantin Penchev, who initiated Monday's forum, the big question is whether the Bulgarian universities have all legal prerequisites to be competitive on the international stage.

"Bulgaria can contribute a lot in terms of intellectual and educational product, and it is about time that we start thinking about the Bulgarian lobby abroad. Higher education is also a business; we cannot expect that it will bring us a rain of gold in the future years but we shouldn't neglect it," Ignatov stated.

A total of 10 020 foreign students studied in Bulgaria during the 2010/2011 school year. The majority of those come from Turkey, Greece, and Macedonia, according to MP Ognyan Stoichkov, head of the Parliamentary Committee on Education.

The President of the University of National and World Economy in Sofia Borislav Borisov stated that his university is considering opening a branch in Ukraine to accept students from the ethnic Bulgarian community in the country.

The participants in the discussion, including government figures, confirmed that in the next five years there will be three-year undergraduate degrees in Bulgaria.