Bulgarian Right Wing Selects Presidential Nominee by End of May 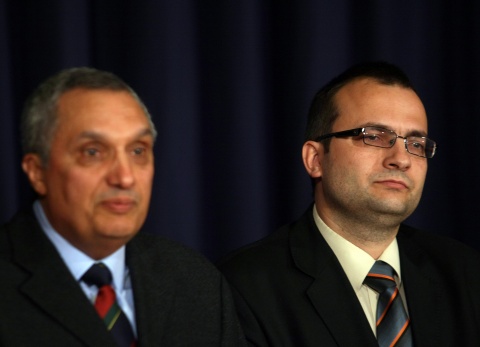 The so-called "internal elections" for presidential and mayoral nominees of the Bulgarian right wing are going to be held no later than the end of May.

The information was reported Tuesday by the Chair of the Union of Democratic Forces, UDF, Election Headquarters, Boris Markov.

UDF expect their partner in the right-wing Blue Coalition, Democrats for Strong Bulgaria, DSB, to approve Svetoslav Malinov as their presidential candidate by May 14, and one day later – the winner between Proshko Proshkov and Petar Moskov as candidate for Mayor of Sofia.

The UDF member also said there is an agreement to use internet voting during the internal elections, as DSB insist, but voiced doubt it would be technically possible to do so by the end of the month.

"We will keep and expand the Blue Coalition. This a contest between friends. The internal elections have the potential to generate significant public energy as it has happened before," UDF leader, Martin Dimitrov, is quoted saying.

Dimitrov further declared that in 90% of the regional centers the two parties have reached agreement for joint ballots, in exception of Ruse and Varna.