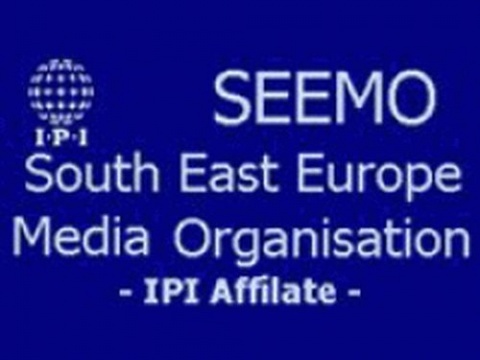 On the occasion of World Press Freedom Day, celebrated on 3 May, the Vienna-based South and East Europe Media Organization (SEEMO), an affiliate of the International Press Institute (IPI), recalls that there is still a long way to go until media workers can enjoy press freedom.

Threats, assaults, harassment and diverse types of pressure are part of a journalist's daily life in South, East and Central Europe, the organization points out.

SEEMO says it did not always react publicly to these violations of press freedom: in some cases, journalists on the ground preferred result-oriented quiet diplomacy, rather than public protests. In those cases, SEEMO representatives met with government and political leaders in order to solve specific issues raised by journalists.

While the number of violations is not on the rise, the sources of threats have become increasingly diversified in comparison to previous years. In transition countries, politicians used to be the main source of threats and pressures. This is no longer the case. Nowadays, threats also come from business groups, often linked to mafia-style business dealings, religious organisations, actors, musicians, etc.

The above mentioned cases do not include other types of controls exerted on the media, such as inadequate media laws, pressure by media owners on editors and journalists, or blackmail by advertisers and other economic groups.

In addition, economic issues further complicate journalists' activities: obscure media ownership structures and hidden interests, problems with collective contracts or the lack of any contracts, as well as poor salaries. In some countries, below average salaries are used as a means to exert control over journalists.

"The fight for press freedom is a daily struggle. We still have a long way to go," declared Oliver Vujovic, SEEMO Secretary General.