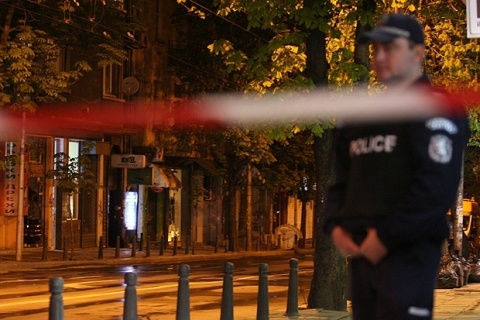 Police closed for hours a busy location in downtown Sofia in a futile effort to stop a man from committing suicide. Photo by Sofia Photo Agency

Borislav Ivanov, 57, committed suicide in the Bulgarian capital Sofia after four hours of negotiations with the police and psychologists.

The man barricaded himself inside his apartment in downtown Sofia (the corner of "Rakovski" street and "Dondukov" boulevard) around 7 pm. Friday, prompting the police to close the busy intersection for traffic for many hours.

The motives for the suicide remain unknown. Darik radio informs the man did not have a criminal record and his gun was owned legally.

Ivanov is also said to have been celebrating his birthday on the night of the tragedy and to have had serious money troubles.

The police were alerted by a friend of the man, who called to report Borislav was disturbed, overly excited and threatened suicide with his gun.