Fears of Online Hell on Royal Wedding Trumped Up 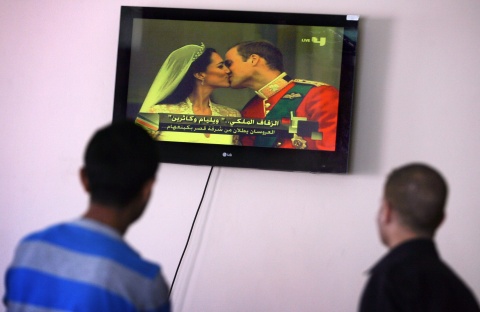 Palestinian men watch the Royal Wedding of Britain`s Prince William and Kate Middleton on a television, at a cafe in Jabaliya town, northern Gaza Strip, 29 April 2011. Photo by EPA/BGNES

Fears that all hell will break lose online when Kate Middleton and Prince William kiss on the balcony of Buckingham Palace on Friday afternoon have proved unfounded.

Most websites appeared to perform well during the royal nuptials even though they were serving up live streams of the royals, Twitter feeds were buzzing and photos were uploaded non-stop.

Google News also appeared to be working normally on Friday.

Still there were a few mishaps. The BBC's online video feed of the wedding reportedly crashed "at the moment that Kate Middleton arrived at Westminster Abbey," according to the news site The Drum.

"We are experiencing some technical issues with BBC Online due to the sheer weight of traffic which may cause the site to be slower than normal in some cases," the company said in an online statement.