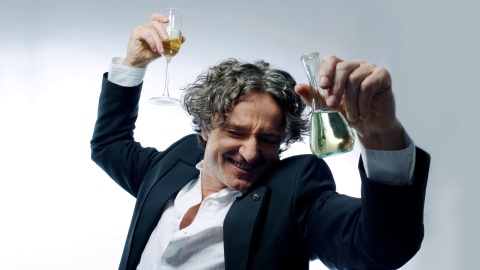 Goran Bregovic, the world renown composer, will perform in the Bulgarian capital Sofia June 4 2011, when he is invited for the year's Balkan Music Awards.

He will be accompanied by his Weddings and Funeral Orchestra. Besides performing, Bregovic will receive a prize for his contribution to the development of the Balkan music, provided by the Balkanika TV channel.

Bregovic is one of the most internationally known modern musicians and composers of the Balkans. has composed for such varied artists as Iggy Pop and Ces?ria ?vora. He rose to fame playing guitar with his rock band Bijelo dugme. Among his better known scores are Emir Kusturica's films (Time of the Gypsies, Arizona Dream, Underground).

Since 1998, Bregovic has been performing his music mainly in the form of concerts all over the world with his Weddings and Funerals Orchestra.