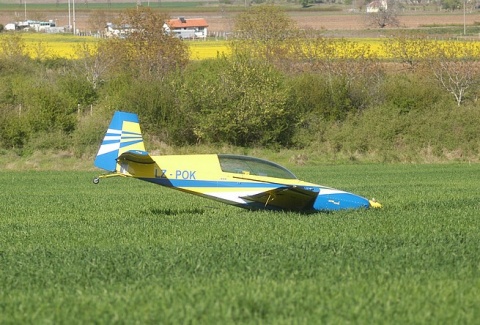 The most likely cause for the emergency landing of the two-seater LZ-300L plane is a problem with the engine. Photo by stzagora.net

A British pilot, who made an emergency landing close to a cemetery in Southern Bulgaria, but steered clear of the nearby village, has been praised as a hero by the locals.

Richard Wolf from London blacked out the entire village of Bogomilovo near Stara Zagora,, when he ploughed through the high-voltage cables as he brought his two-seater LZ-300L plane to land in a cemetery.

"He managed to steer the plane away from the town itself. He saved many people. They were left without power but he was still branded a hero," Stoyanov said.

The Brit who piloted the plane is an experienced pilot without over 130 hours of practice. The most likely cause of the emergency landing is a problem with the engine.