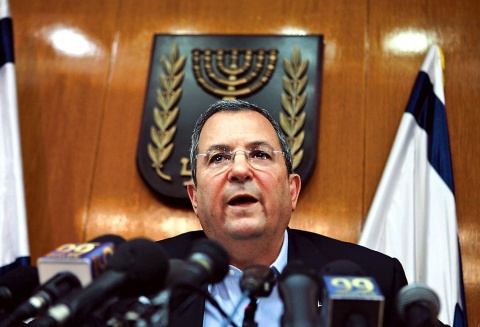 Israeli Defense Minister, Ehud Barak, is quoted saying "lack of coordination is not an excuse for the Palestinian police shooting, which killed the nephew of a member of the Israeli cabinet ." Photo by www.enlacejudio.com

The nephew of the Sports and Culture Minister of Israel, Limor Livnat, has been killed early Sunday morning by the Palestinian police.

The young man, 24, is identified as Ben Yosef Livnat, a resident of Jerusalem.

According to Israeli officials, at least four others were wounded in a shooting near a shrine in the city of Nablus in the occupied West Bank.

The shooting reportedly happened before dawn as the group left a site known as Joseph's Tomb, which they apparently visited without notifying the Palestinian authorities as the rules require.

Israeli and Palestinian officials are to meet to discuss the tragic incident, but Israeli Defense Minister, Ehud Barak, is quoted saying "lack of coordination is not an excuse for the shooting."

It was the first fatal attack on Israelis in the West Bank since five family members were killed last month in the settlement of Itamar in a nearby area of the central West Bank.

About half million Jewish settlers live among the 2.5 million of Palestinians on the West Bank and East Jerusalem, occupied by Israel in 1967.