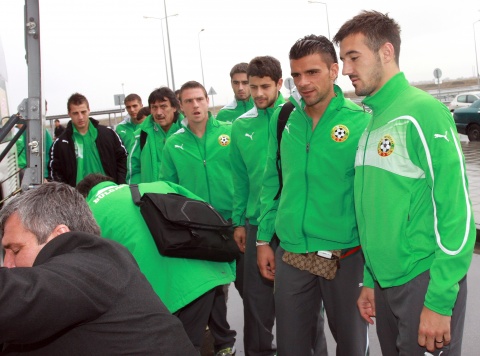 Bulgaria's national football team will drop down in world ranking after FiFA annulled the result of its rigged friendly with Estonia. Photo by BGNES

FIFA has annulled the result of the notorious friendly between the national football teams of Bulgaria and Estonia played in February 2011, which led to an international sports scandal.

After in March FIFA opened disciplinary proceedings against six match officials in relation to the international A friendly matches Bolivia v Latvia and Estonia v Bulgaria played in Antalya (Turkey) on 9 February 2011, on Thursday, April 21, FIFA announced that the 2:2 end score is considered void.

The Bulgarian and Estonian football federations approached the European and world governing bodies after the match ended 2-2 with all four goals coming from the penalty spot. The game was organized by the Thailand-based agency "Footy Sport International", while Russian Sergey Protsenko acted as an intermediary despite not holding a license by a FIFA manager. Hungarian referee Krisztian Selmeczi, who was in charge of both matches, has been suspended in the wake of the scandal.

Also in March, FIFA absolved the Bulgarian Football Union of any suspicions of a possible manipulation and match-fixing.

Because of the annulment of the score of the friendly with Estonia, Bulgaria's national football team will go down one spot in the FIFA ranking where it currently is 45th.