Zhelev: Russia to Seek EU Membership, Turkey a Must for Europe 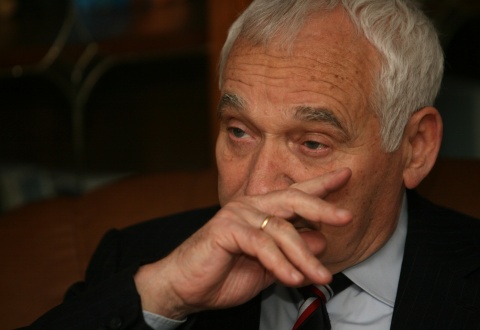 First democratically elected Bulgarian President Zhelyu Zhelev thinks Turkey and Russia should end up in the EU. Photo by BGNES

Russia will soon seek membership in the European Union, while Turkey's EU accession is a must,

Bulgaria's first democratically elected President Zhelyu Zhelev stated at a conference dedicated to the 20th birthday of the Atlantic Club in Bulgaria.

The "Europe as a Global Actor" conference was opened by Dr. Solomon Passy, President and founder of the Atlantic Club in Bulgaria, Deputy Defense Minister Avgustina Tsvetkova, and South Korean Ambassador to Bulgaria Chun Bee-ho.

Zhelev participated in the first panel of the conference entitled "Europe and the US as Global Peacekeepers" together with US Ambassador to Bulgaria James Warlick, Valeri Ratchev, former Bulgarian Ambassador to Iraq and current head of the political cabinet of Foreign Minister Nikolay Mladenov, and former Bulgarian Deputy PM Meglena Plugchieva.

"Turkey is an inseparable part of the EU, and EU's great future lies with its enlargement," Zhelev, who was President of Bulgaria in 1990-1997, told the conference organized by the Bulgarian Atlantic Club.

He pointed out a number of advantages for the EU from Turkey's EU membership – the fact that its a large economy with young population (compared with the aging Europe), a working market economy, with a strong influence in the Arab world and with the Muslims, but is also a barrier to the spread of Islamic fundamentalism.

The first democratically elected Bulgarian President underscored that some politicians in Europe are scared of even thinking that Turkey might join the EU, and prefer to bury their heads in the sand instead. Others are trying to delay Turkey's EU membership by offering a vague "privileged partnership", while still others are against without even being to explain their motives.

Zhelev went further by presenting his expectations that Russia will seek EU membership. Somewhat jokingly, he said hoped that when this happens the EU will not be debating whether to admit only European Russia to the Ural mountain but will welcome it in its entirety all the way to Vladivostok.

He emphasized that this is how French President Charles De Gaul's vision for a united European space from Vancouver to Vladivostok will come into being because Europe should be seen not so much as a geographic entity but as a political and cultural union.

Zhelev did stress, however, that the most important question is how the EU will be developing, and if it will forge united foreign and economic policies.

Answering the question of whether the world in the 21st century will be unipolar or multipolar, Zhelev said it is only certain that it will not be bipolar because bipolarity was the model of the ideological Cold War, which is over once and for all.