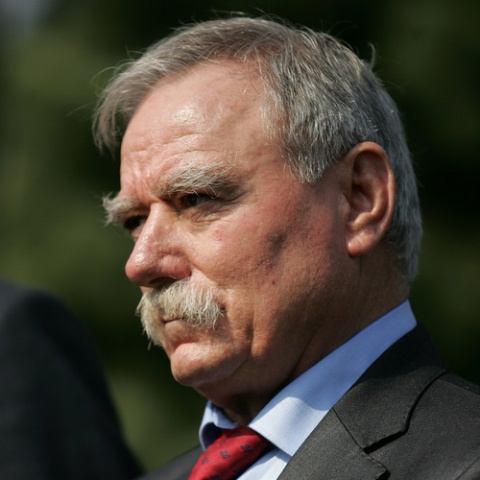 Ivanov, who flew in open space on a Soviet-Bulgarian mission in 1979, spoke Sunday in Sofia at a press conference dedicated to the 50th year since the first manned space flight – that of Yuri Gagarin – on April 12, 1961.

Ivanov is the head of the Bulgarian committee for marking the anniversary of the Gagarin flight. When Gagarin's flight was announced, Ivanov was a sophomore in the Bulgarian military pilot school. He said he and his classmates believed that it will be forever before a Bulgarian would fly into space.

Ivanov pointed out that the day of Gagarin's flight has just been declared International Day of Human Space Flight, and that a monument of Yuri Gagarin was built in Houston, TX, and another one will be erected in London.

"After his landing on the moon, Neil Armstrong said that Yuri Alekseevich Gagarin called us all in space," the Bulgarian cosmonaut said.

Ivanov believes it is very unlikely that extraterrestrial life will be found in our galaxy; he reminded that scientists recently found a planet which is believed to have similar life conditions to those of the Earth but that it is 20 light years away.

The cosmonaut announced he is about to have talks with President Georgi Parvanov, Prime Minister Boyko Borisov, and Parliament Chair Tsetska Tsacheva to push for a reboot of the Bulgarian space program.

"I still feel like flying in space. I remember every single think from my flight ni open space," said the first Bulgarian cosmonaut.

Ivanov said that the next Bulgarian to fly in space might be a space tourist; however, he is convinced that the Bulgarian scientists have the capacity to create a new space program that can get Bulgarian cosmonauts in space again.

A total of 520 cosmonauts from 38 countries have been in open space to date, include two Bulgarians, Georgi Ivanov in 1979 and Alexander Alexandrov in 1988, both on Soviet Union flights.

Ivanov stressed that Intercosmos was a unique program created in the 1960s that allowed small nations such as Bulgaria, Romania, Hungary, Cuba, and Mongolia to have cosmonauts. He said a reboot of the Bulgarian space program can build upon the traditions and achievements to date.

With Ivanov's flight in 1979, Bulgaria was the sixth nation to send a man in space.

Ivanov underscored the importance of space programs for the development of sciences as over 50 000 scientific discoveries have been made in that framework since Gagarin's flight, and most of them have been introduced in everyday life.

Col. Krasimir Stoyanov, who is trained Bulgarian cosmonaut still expecting a space mission in which he can take part, also attended Sunday's press conference alongside Ivanov.

"The decision for sending the next Bulgarian in space will be made on the highest state level; this can happen within the next few years," Stoyanov believes.

He thinks Bulgaria can take part in the Mars 500 experiment, a multi-part ground-based experiment simulating a manned flight to Mars. The experiment's facility is located at the Russian Academy of Sciences' Institute of Biomedical Problems (IBMP) in Moscow, Russia.

A Bulgarian space greenhouse for growing food, described as one of the greatest Bulgarian scientific achievements, will most likely be placed on board of the Mars 500 ship.

Stoyanov emphasized that with its unique space greenhouse Bulgaria is the first nation which managed to grow wheat and vegetables in "space", or space-simulated conditions.

"A Bulgarian cosmonaut can apply to take part in the first manned flight to Mars, which is expected in 2025-2030. Why not?" Stoyanov said. He further mentioned he himself is trying to keep in shape even though he has left the Bulgarian Army and now works for the Space Research Institute of the Bulgarian Academy of Sciences where he got a Ph. D.

The Space Research Institute of the BAS is working on 20 space-related projects on a five-year contract with the Russian Academy of Sciences.