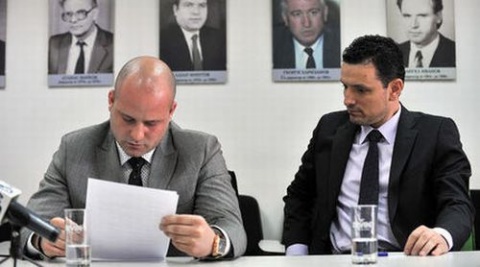 Lachezar Varnadzhiev, а 26-year-old owner of a newly created "Eltrade Company", turned out to be the buyer of the bankrupt Bulgarian Kremikovtzi steel giant, a deal worth BGN 316 M (nearly EUR 162 M).

"Eltrade company" is established on March 8 2011 and its capital is a mere BGN 20 000, the Dnevnik daily reported, triggering suspicions who stays behind it. It is Varnadzhiev's only company and it is supposed to be a black and colored metal dealer. "Eltrade company" has the same address as Nadin - N, a well established scrap dealer. Vladimir Todorov, member of Nadin – N's board of directors, was present at Tuesday's auction.

Upon leaving the auction, Varnadzhiev refused to comment how the company plans to develop Kremikovtzi and where the money for the deal is supposed to come from. The sum is supposed to be transferred to a special account by April 18.

The first two auctions of Kremikovtzi failed to attract any bidders last year. The price started at BGN 565 517 510, which according to trade unions and analysts is far below the market price.

The third tender for the mill's production capacities was held in February 2011, but fell though after the sole prospective bidder failed to submit a deposit.

The smelter shut down some of its furnaces in 2009 due to lack of raw materials after Ukrainian tycoon Konstyantin Zhevago canceled a deal with the plant.

The auctions come more than a year after the majority of creditors of the troubled steel-maker rejected the rescue plan for the struggling company, while workers staged numerous rallies to call on the state to approve the recovery plan and bring to justice those, who have allegedly siphoned the company.

The sprawling communist-era behemoth near Sofia was declared bankrupt end of May and cleared for liquidation in June, after years of struggle with dire economic conditions, and multiple controversies about mismanagement and financial draining. In a high profile case, Alexander Tomov, former CEO of Kremikovtzi and Bulgarian football great CSKA, faced trial.

At the end of January this year Tomov was sentenced to nine years in jail by a Sofia city court for selling off plots of land owned by Kremikovtzi at well below the market price.