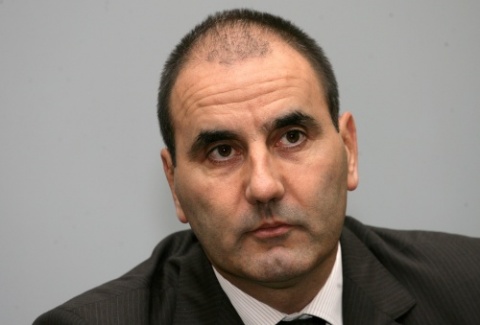 The Bulgarian Interior Minister announced that one of his employees has been detained in a special police operation codenamed "Naughty Boy". Photo by BGNES

An employee of the Bulgarian Criminal Police, who has been protecting a prostitute in return for payment, was arrested Sunday in the special operation codenamed "Naughty Boy".

The police officer has been detained at a gas station on the Sofia ring road, where the woman was carrying out sex services, the Bulgarian Interior Minister Tsevtan Tsvetanov said.

"The operation was realized by the Internal Security department of the Interior Ministry, under the surveillance of the Sofia City Prosecutor's Office and the Deputy City Prosecutor Roman Vasilev. The employee has been under surveillance for several months," Tsevtanov said.

The employee had a commitment to protect the girl and warn her about police checks for prostitutes in the region.

In return, he received about BGN 800 every month. In the last few weeks, at a certain day and hour, the man received EUR 40-50 per week.

He was supposed to receive the latest sum on Sunday, when he was arrested.

"The man was detained by the colleagues from Internal Security. There are enough proofs that he collected money from the girl to whom he guaranteed some protection," Tsvetanov said.