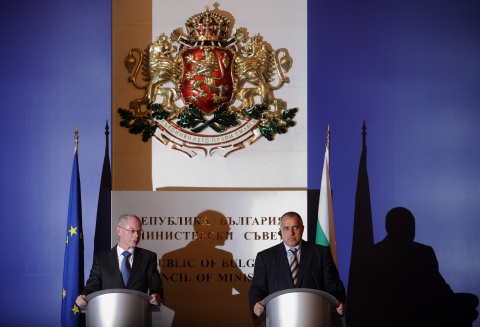 Bulgarian PM Boyko Borisov is reported to have been displeased by the support given to the National Council of Libya by EU leaders at their meeting in Brussels Friday.

"I explained to EU leaders that the members of the Council in Benghazi are among those who tortured Bulgarian medical workers for 8 years," said Borisov to journalists after the summit.

Friday the European summit voted to recognize the opposition united around the Libyan National Council as a "legitimate" partner.

At the same time, the Bulgarian PM stated his desire for a step-down of Libyan leader Muammar Gaddafi and his strong call for an end to deadly violence in the country.

"It is clear to everybody that Gaddafi's regime cannot continue - but we had to find the right words for what we are going to do in order to ensure peace and prosperity in the region," stated Borisov.

Borisov nevertheless did not specify the names of the National Council members who have supposedly taken part in the torture of the Bulgarian medics in Libya.

In 1998, five Bulgarian nurses, one Bulgarian doctor and one Palestinian doctor were charged with purposefully infecting 400 Libyan children with HIV. The group were held in abject conditions and repeatedly subjected to torture. Initially they even received death sentences, but appealed. In 2007 the defendants were freed. As part of the deal, Bulgaria exempted Libya from paying USD 60 M of state debt.